Hondas have always been known for exceptional fuel economy. This past Sunday, Indy rookie Alexander Rossi stretched his final tank of fuel for 36 laps to the checkers – four more laps than any other competitor – to win the 100th running of the Indianapolis 500. On a similar strategy, Carlos Munoz ran an impressive 32 laps after his final fill-up to make it a 1-2 finish for Honda and the Andretti Autosport team. 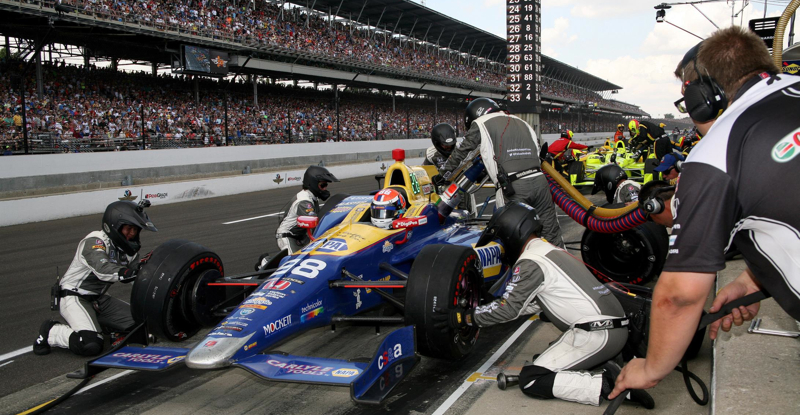 But Sunday’s victory for Rossi and Honda wasn’t just about saving fuel. He also turned the fastest lap of the race, at an average of 225.288 mph, with his Andretti Autosport teammate Marco Andretti producing the second-fastest race lap, at 224.772 mph.

The victory was a record-extending 11th for Honda in 16 attempts at the “500”, starting in 1994, the most of any major automobile manufacturer. Rossi was one of seven Honda drivers to lead portions of the race. Pole qualifier James Hinchclife and outside front-row starter Ryan Hunter-Reay combined to lead all but two of the first 30 laps. Other Honda leaders included Munoz, Townsend Bell, Bryan Clauson and Alex Tagliani. 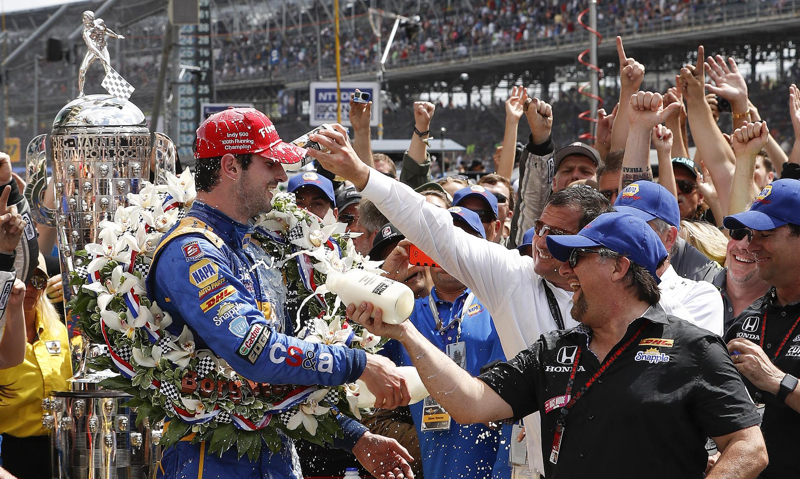 A series of mid-race incidents led several teams – including those of Rossi, Munoz and Tagliani – to go “off-sequence” on their pit strategy. That proved to be the correct call when Takuma Sato brushed the wall on Lap 163, bringing out the caution flag just inside the final pit window for both Rossi and Munoz. Restarting in seventh and eighth, respectively, the pair cycled up the order as the leaders made their final stops for a splash of fuel in the closing laps. It was only on Lap 197 that Rossi assumed the lead, taking the checkers one lap later as the newest American winner of the Indianapolis 500. 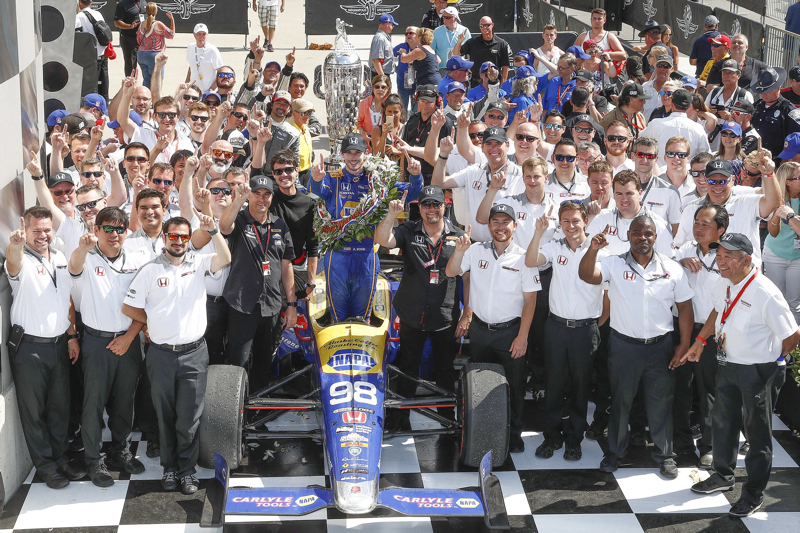 IndyCar Series teams and drivers now prepare for a hectic schedule of three races over the next two weeks, starting with next weekend’s June 4-5 double-header weekend with races both Saturday and Sunday on the Belle Isle street circuit in Detroit, Michigan.

Alexander Rossi (#98 Andretti Herta Autosport Honda) started 11th, finished 1st, first rookie 500 winner in 16 years, first IndyCar Series victory: “I have no idea how we pulled that off! We struggled a bit in the early pit stops, but then Bryan [Herta, team co-owner] came up with an unbelievable strategy. Ryan [Hunter-Reay] was incredibly helpful, he gave me a tow at the end to produce an amazing 1-2 result. It’s phenomenal. It will change my life, for sure. I have to thank Michael Andretti and Bryan for giving me such a wonderful race car all month. I’ll cherish the fact that, at one point, we were last, but we rolled the dice and we came through and made it happen. The [winner’s] milk tasted better than anything I’ve ever had.”