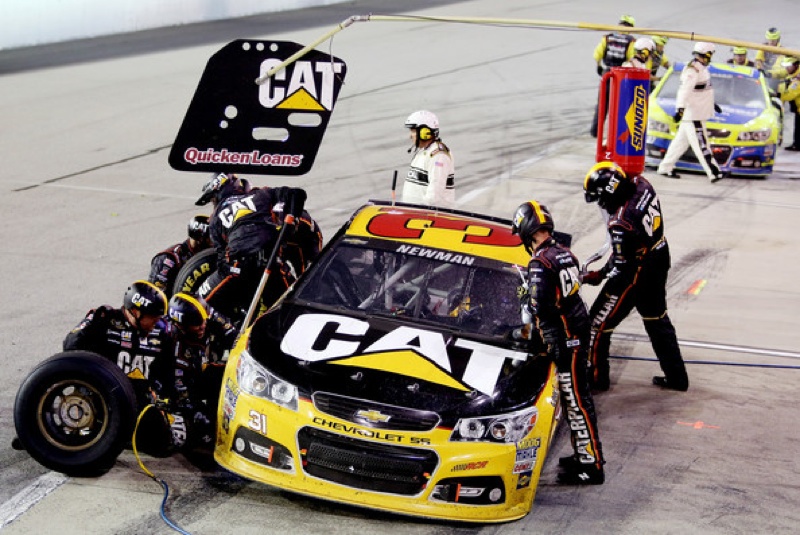 Sprint Cup racing’s youngest crew chief is now also one if its most celebrated, as Luke Lambert of the No. 31 Richard Childress Racing Chevrolet team clinched Federal-Mogul Motorparts’ $100,000 MOOG Steering and Suspension “Problem Solver of the Year” Award during Sunday’s season-ending Ford EcoBoost 400 at Homestead-Miami Speedway.

The 31-year-old Lambert, in just his second full year as a Cup Series crew chief and first with driver Ryan Newman, finished 2014 with a series-leading four weekly MOOG “Problem Solver of the Race” Awards. He will receive his $100,000 Problem Solver of the Year check and a handcrafted MOOG ball joint trophy during the NASCAR Myers Brothers Award Ceremony December 4 in Las Vegas.

“Luke and Ryan turned a lot of heads as they started to climb the Chase standings with a string of outstanding performances at Pocono, Dover, Kansas and Talladega,” said Michael Proud, director of marketing, North America, Federal-Mogul Motorparts. “In each of those races, Luke and the RCR crew made critical adjustments that helped maximize the performance of their MOOG-equipped steering and suspension. That level of problem solving excellence is what our customers expect from MOOG parts, and it’s a skill we celebrate each week through this innovative awards platform.”