The Elegance at Hershey, a 501( c)(3) charity event showcasing the finest antique and vintage cars to raise awareness and funds in support of JDRF (The Juvenile Diabetes Research Foundation), the AACA Museum and the AACA Library & Research Center, has announced that the Sabel Mk1 prototype will be displayed during the event’s Grand Ascent on Friday, June 13 and Saturday, June 14. The fully restored prototype vehicle will be reunited with its original builder Mr. John Sabel. 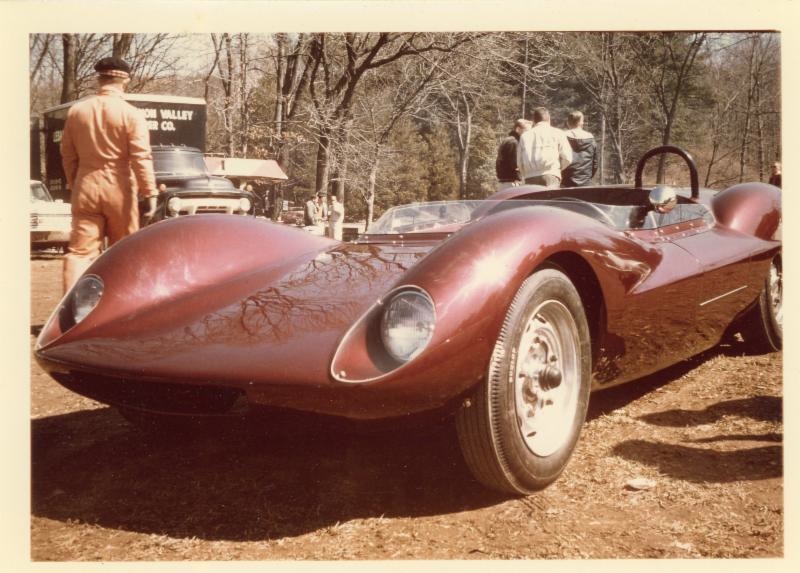 This Sabel Mk1 Prototype was the first of approximately 30 cars built by John Sabel beginning in the early 1960’s, and was his personal car. This car’s construction was started in the fall of 1963 and completed the following year. Its first race was the 1964 Hershey Hill Climb driven by John and his wife, Pat. John subsequently raced the car that same year at the Duryea Climb.

Sabel (who currently resides in Carlisle, PA) was a car fanatic from way back. He grew up in California and attended races at Monterey and Pebble Beach. He earned enough as a 14 year old mowing lawns to be able to purchase his first car – a Model A Ford roadster. Subsequent trades ensued, and within a few years he found himself in possession of Joe Huffaker’s 1929 Ford Coupe with a hopped up V8 flathead. Joe and John were early members of the Marin Coupe and Roadster Club, which is still in existence today. 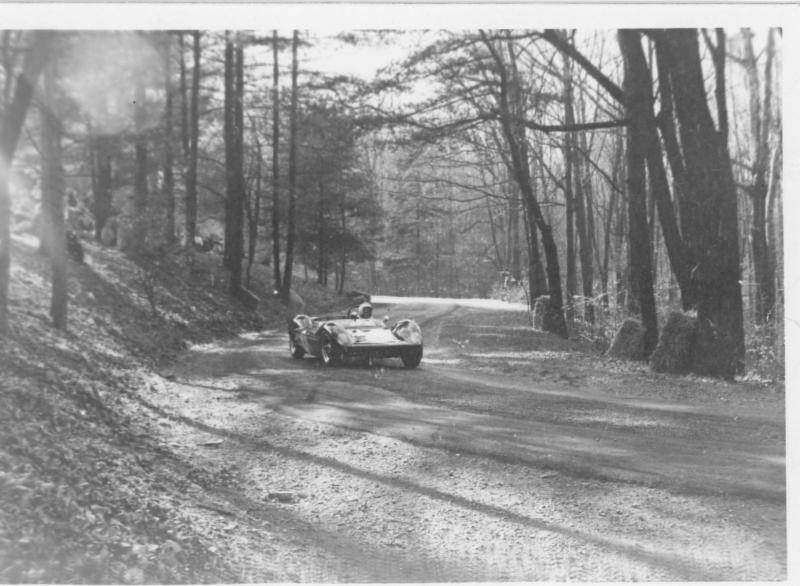 John designed and built this prototype in a rented garage in Rockville, MD. A male plug made of lathe and plaster was formed around a 1952 stock VW pan. Molds were produced from the plug, and the body was produced in the molds by hand-laminating fiberglass. The molds were subsequently shipped to Anderson Industries in Jessup, MD, who produced approximately 20 more of these cars. John went on to build several more Mk2 and Mk3 cars – the Mk3s were mid-engined cam-back cars. Two known examples of these are still being actively raced.

Though the floor pan was stock, the rest of the car was sorted with Porsche parts: Porsche front and rear suspension, brakes, gearbox, and motor (from the 356b platform). It ran with a set of 550 Spyder wheels; the wheel wells were designed around these. It was in this configuration that the car ran in the 1964 Hershey Climb. 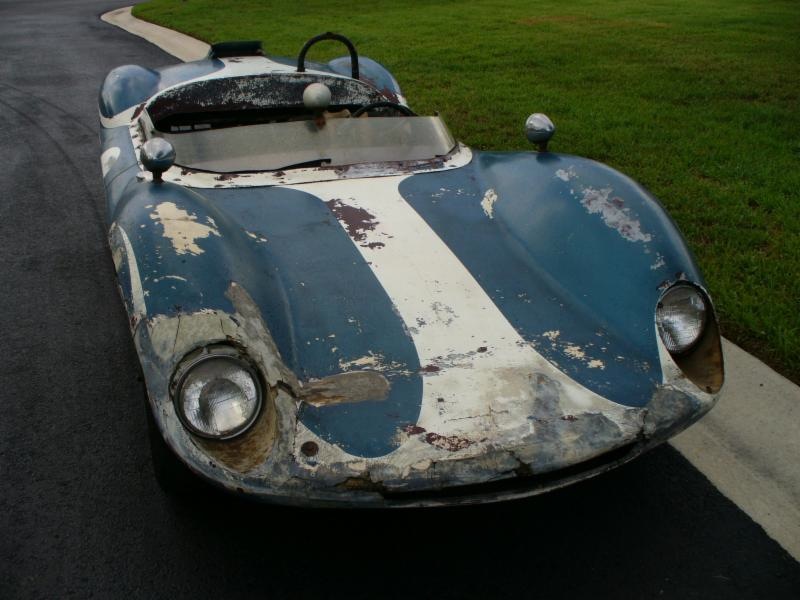 In 1966 John sold the car to Ralph Williams. Now under Corvair power, Ralph accumulated enough points in the SCCA Northeast region to qualify for The American Road Race of Champions (the SCCA Championships) at Daytona in 1967. He placed second in DSR and fifth overall. The car was sold in 1968 to Dick Williams (no relation) who raced the car extensively. Documented races included runs at VIR, Marlboro and Cumberland.

In 1970 the car was sold to Gordon Kerr, a dentist in Manassas VA. Unfortunately, life got in the way and the car sat, essentially unused, for 34 years. A young car nut, Sean Kalil, got wind of the car and purchased it in 2004. Sean replaced the floor pans, but an illness in the family halted the project. The car was purchased by IMSA driver Chuck Goldsborough of Team Lexus fame: Chuck sold it to the current owner, Michael Ballo, in 2012. An extensive restoration to its original configuration and livery was performed by Peter Dawe of Dawe’s Motorsports, Stroudsburg, PA. The Sabel Mk1 has not been seen since its restoration was completed and will be displayed in fresh restoration form at The Elegance at Hershey the weekend of June 13.