Saleen Automotive, Inc. has re-asserted its dominance in the supercar market with the unveiling of the 1300-horsepower Saleen S7 Le Mans (LM) Edition at the LA Auto Show.The S7R race version has won at every major racetrack in the world, including Daytona, Sebring, Nurburgring, and the 24 Hours of Le Mans. The S7 LM Edition commemorates that seven-year run of consecutive racing victories of its Saleen S7 Supercar. The S7 street version has also starred in several Hollywood blockbusters, including being driven by “God” in Bruce Almighty.

Steve Saleen previously announced the planned build of this extraordinary supercar. The car unveiled at the recent LA Auto Show is the fulfillment of the first of the special edition S7 LMs. “True to our form, we are bringing back America’s only true supercar,” said Steve Saleen, CEO of Saleen Automotive. “We are celebrating our winning heritage and advancing the performance DNA that Saleen was built around.” 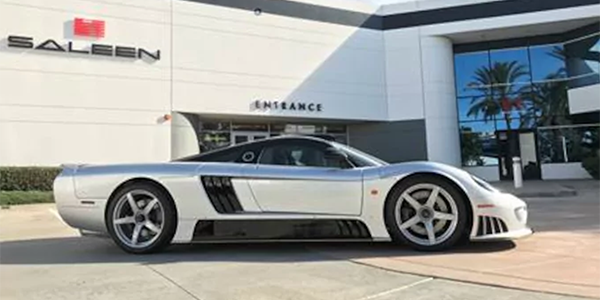 A 7.0L twin-turbo engine, rated at 1300 horsepower, will power the new S7 LM supercar. Each one is being hand built at Saleen’s Corona, CA headquarters. The S7 LM’s transmission is a longitudinal, 6-speed all synchromesh with limited-slip differential. It also has a metallic clutch with 8.0-inch twin-disc hydraulic actuation bow-through uprights.

The Saleen S7 LM is priced at $1,000,000. With a mere seven to be produced, this is the ultimate collector supercar.