A new comparison chart pits the 2018 Camaro Zl1 1LE against Santa’s Sleigh, showing just how capable Santa’s Sleigh really is. Many folks may dream of waking up Christmas morning to a 2018 Chevy Camaro ZL1 1LE in their driveway, but the comparison suggests they might want to aspire to driving Santa’s sleigh instead. The team at GMPartsCenter.net put together this holiday-themed infographic to share with auto enthusiasts of all ages.

Santa’s sleigh proved itself a tough competitor. Breaking down the key features of each vehicle, the chart reveals the features where the Camaro inches ahead and other details where Santa leaves the Chevy trailing behind. 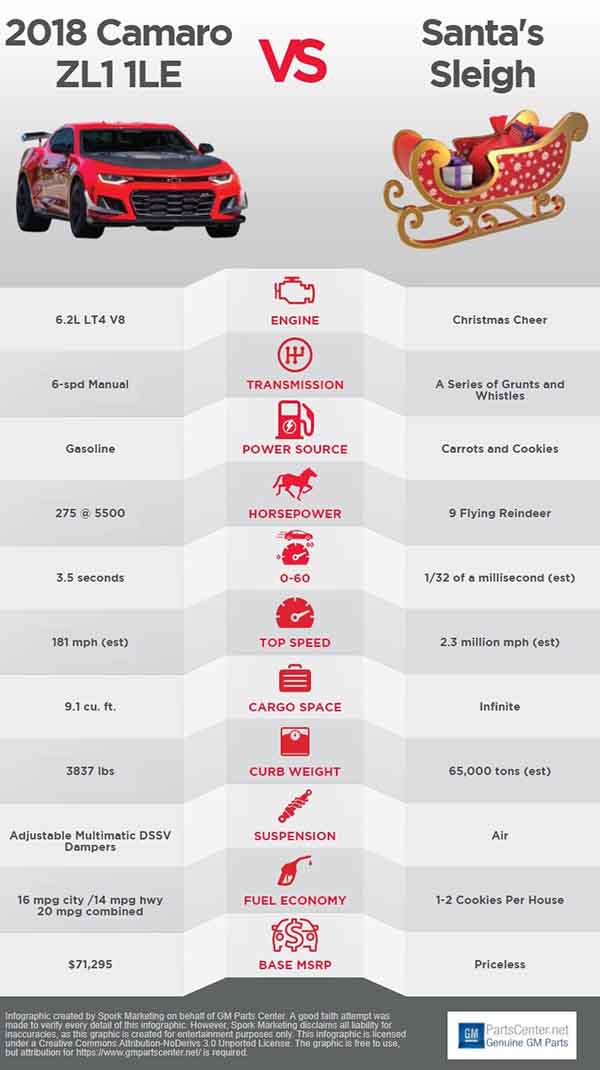 The Camaro shines on these features and specs:

Santa’s sleigh showcases its magic on these features and specs: