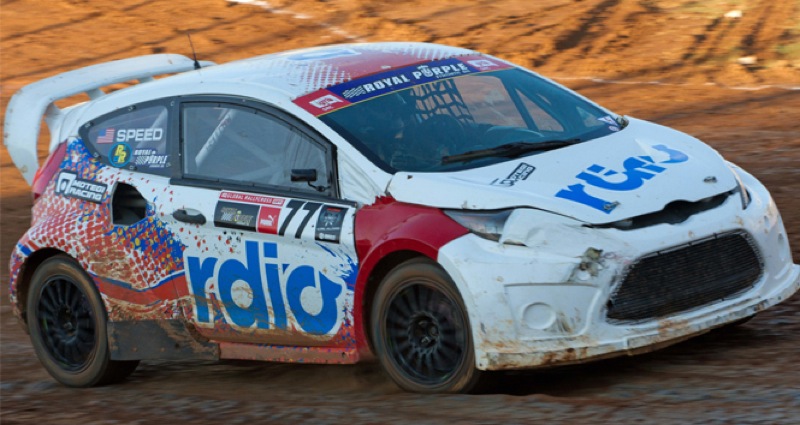 “It was an awesome weekend,” said Speed. “We had the speed right away, but with a big mechanical in the heat race, we had to come from behind from that point on. The guys did a great job twice, getting the car ready to make qualifying and to make the last heat. We were hoping that we were going to win our first time out, but it’s really special for everyone at Andretti and Volkswagen.”

Steve Arpin and Brian Deegan, two drivers to advance to the final via the last chance qualifier, rounded out the podium in second and third place, respectively. The event marked Arpin’s first career podium finish, while Deegan scored his fourth podium finish in the past seven Red Bull GRC events, dating back to last July. Formula 1 veteran Nelson Piquet Jr. and defending GRC Lites champion rounded out the top five.

The event was held at Barbados’ Bushy Park Circuit, the country’s premier motorsports facility, which received an extensive reworking in preparation for the weekend-long event. Other activities with ties to Red Bull GRC included a race between Block, in his rallycross-spec Ford Fiesta ST, and Formula 1 world champion Lewis Hamilton, as well as two-time series champion Tanner Foust drag racing Top Gear host James May in a tractor.

Red Bull Global Rallycross from Top Gear Festival Barbados will be broadcast on Saturday, May 24 at 1PM ET on NBC. The next round of the series will take place at X Games Austin, held at Circuit of the Americas on Saturday, June 7.