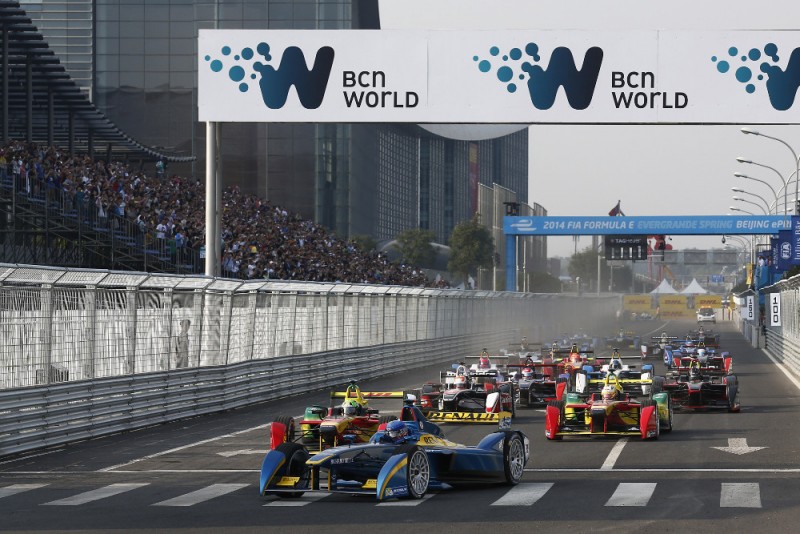 The inaugural Formula E season began in September and has been a mild success in terms of popularity and attention. We now have confirmation that the second season will be underway in due time. Just as the first season is scheduled to span two years, so will the second- Season Two will take place in both 2015 and 2016, across ten rounds.

The second season will allow each team to design and implement its own power unit or to employ its power unit of choice. Presently, the power units and gear-boxes are supplied by McLaren; the technology developed by McLaren for the P1 supercar serves as the basis for this setup, minus the internal combustion engine. The present setup produces 270 horsepower, delivered to the rear wheels. Teams will be permitted to supply their own batteries, now built exclusively by Williams, beginning in Season Three.

However, teams will not be permitted to construct their own car quite yet; this option will probably not be availed until the third season and beyond. For the time being, the series is stuck with the SRT_01E, which has been co-developed by Spark Racing Technology and Renault.

Presently, regulations do not allow much freedom for teams in development of the car or its aerodynamics. This is an area for which the series has been widely criticized. Changes are coming, however, with the prospect of unique cars in Season Three and beyond. Such a move would entice more manufacturers to the join the series, and would help it grow considerably in popularity.

By encouraging manufacturers to develop their own power-trains and batteries, organizers hope the new technology will filter into the everyday EV market, helping to make electric vehicles more desirable.