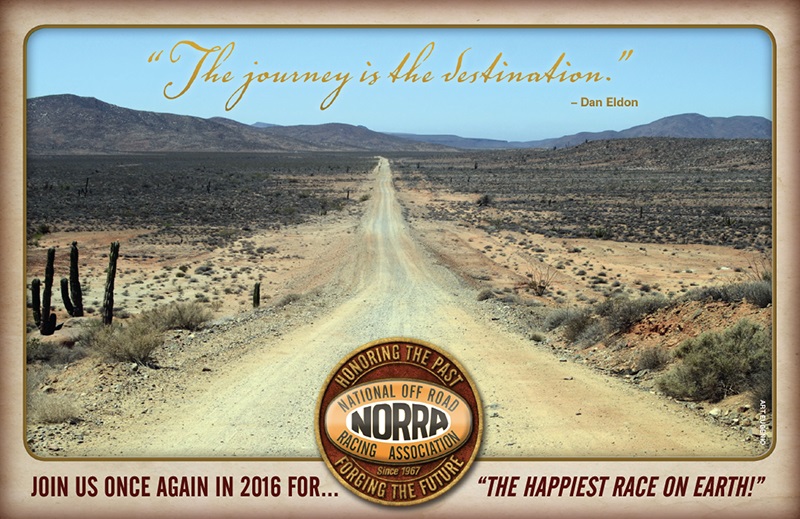 Nearly 1300 rugged miles of endless valleys of cactus, silt laden plains, rocky canyons, with panoramic views of the Pacific Ocean and the Sea of Cortez from Ensenada to San Jose del Cabo, the NORRA Mexican 1000 returns with a renewed commitment to its racers.

This next April 23rd-27th 2016, NORRA will once again make its way down the Baja peninsula. Over the years, this race has seen its fair share of changes from a Mexicali start to Ensenada to its finish in La Paz change to Cabo. Different formats have been implemented, but the spirit of this event remains unchanged.

Attempting to manage the growing pains of an ever expanding event, NORRA has revised its category rules to further the spirit of the vintage racer while pushing the envelope for those wishing to race with the latest technological advancements.

Six eras will be represented, defined primarily by the technology available when originally introduced. Each era will be awarded an overall trophy. Because this originally started as a vintage rally, homage needs to be paid towards vintage drivers as well as those racing the latest and greatest. Therefore, there won’t be an overall trophy covering all categories.