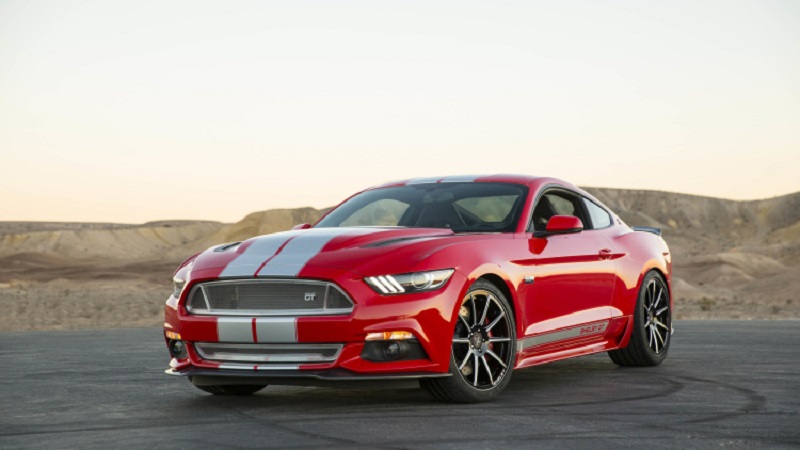 With Ford stepping it up in terms of Mustang offerings for the new 2015 iteration of the famous pony car, Shelby American has decided they don’t want to be left out of the fray. They recently unveiled the monstrous Shelby Mustang GT500, rated at 627 horsepower.

Based on the 2015  Mustang GT, Shelby’s newest model was unveiled this past weekend at the Ford Booth of the Barrett-Jackson auction in Scottsdale, AZ. The car makes use of the 5.0 liter Coyote V8, instead of Ford’s 5.2 liter Voodoo flat-plane crank V8, which is found in the 2015 Shelby GT350R.

The supercharged Coyote engine is rated at a minimum of 625 horsepower, after all of Shelby’s modifications but can be boosted to as much as 800 horsepower, according to some reports. In contrast to the track-focused GT350R, which is devoid of amenities such as air-conditioning and a stereo, the GT500 is also meant to be suitable as a daily driver. The car is available in either manual or automatic variants, and Shelby makes a host of suspension upgrades.

A new hood with air vents, and a new rear-diffuser enhance the car’s aerodynamic profile, and many of Shelby American’s upgrades come in the form of carbon fiber components. A chrome-tipped exhaust and WELD racing wheels help to make the car look menacing on the track. 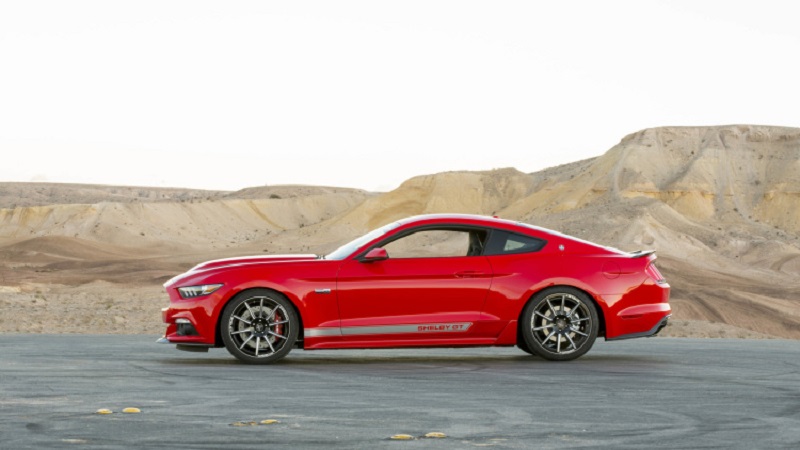