Shell and Penske Corporation have announced a multi-year continuation of their ongoing business, technical and motorsport alliance. As part of the agreement, Shell and Pennzoil will continue sponsoring Team Penske entries in the Monster Energy NASCAR Cup Series and the Verizon IndyCar Series through the 2022 season and beyond. Shell and Pennzoil will also continue to be the preferred supplier of fuels, lubricants and related products to the Penske organization. 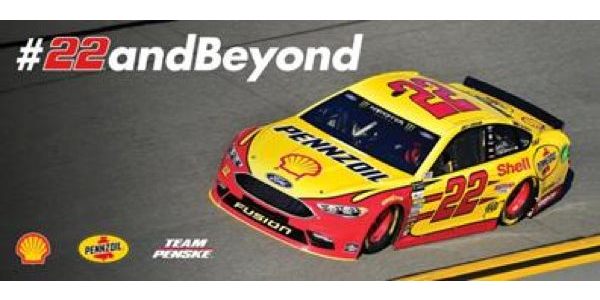 “Transportation and technology are what keep the world moving. Our alliance with Penske spans most of our downstream businesses and allows us to use the motorsport arena to test and develop more advanced products for the road,” said Bruce Culpepper, President of Shell Oil Company. “Penske runs one of the most successful transportation businesses in the world and has a presence in many key countries with Shell operations. This alliance simply makes good business sense as we now do business together in the U.S., Canada, Germany, UK, Italy and Australia.”

Shell and Pennzoil began their current relationship with Team Penske in 2011 and is an extension of the Shell and Pennzoil racing legacy with the legendary motorsports team. Pennzoil first aligned with Team Penske as part of its IndyCar program in 1983 and won two Indianapolis 500s (1984 & 1988) with driver Rick Mears. And, since forging a renewed alliance in 2011, the partners have parlayed the alliance into unparalleled success on the racetrack, earning more wins in IndyCar than any other organization since that time and 80 total NASCAR national series victories, second most of all competing teams. Team Penske driver Joey Logano has won 15 Monster Energy NASCAR Cup Series races since joining Team Penske and Shell-Pennzoil in 2013 and delivered Shell-Pennzoil their second Daytona 500 Championship in 2015. The 26-year-old driver finished second in the series point standings last season and won the season-opening, non-points Clash event last weekend at Daytona.

“Penske Corporation is proud to continue its partnership with Shell,” said Roger Penske, Founder and Chairman, Penske Corporation. “Team Penske has enjoyed great success with Shell, both on and off the race track, and we are excited to build on our relationship well into the next decade with our teams, both in the Monster Energy NASCAR Cup Series and the Verizon IndyCar Series.”

In addition to the long-term partnership, Team Penske also announced that it has come to an agreement with Logano to continue driving the No. 22 Shell-Pennzoil Ford Fusion throughout the length of the Shell-Team Penske extension, solidifying the long-term plans for the perennial championship contender.

Shell will continue to be the “Official Supplier of Lubricants” for Team Penske and the preferred fuel supplier for Penske Truck Leasing and Penske Automotive Group.

For the sixth-consecutive season, three-time Indianapolis 500 winner Helio Castroneves will continue to represent the Shell and Pennzoil brands in 2017. Castroneves will drive the No. 3 Shell V-Power NiTRO+ IndyCar at the 101st running of the Indianapolis 500 on May 28. Shell and Pennzoil will also be associate sponsors on all Team Penske cars competing in the NASCAR XFINITY Series and Verizon IndyCar Series.