Racers can pre-register now for all rounds of the AMA Vintage Motocross National Championship Series, presented by Cernic’s Racing. The seven-round series includes rounds in Ohio, Illinois, Michigan, Kentucky and Indiana. It kicks off on May 18. 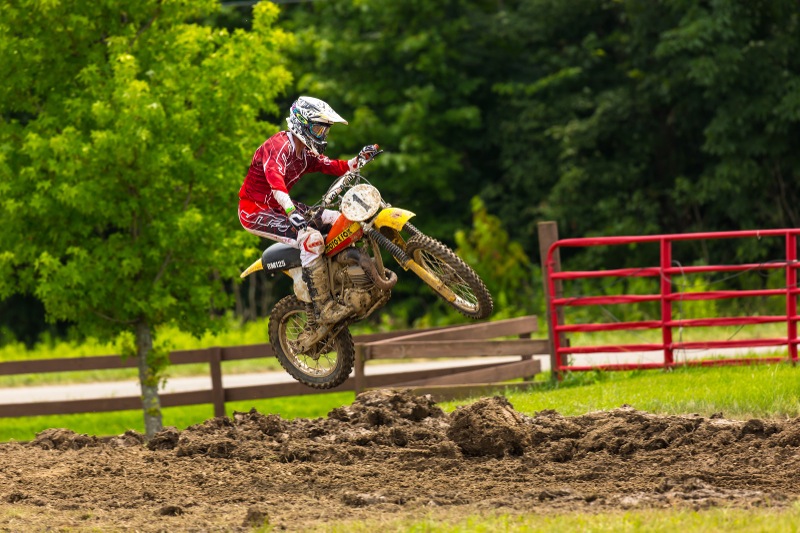 “It’s exciting to watch the vintage motocross series grow and improve,” said AMA Motocross Operational Coordinator Alex Hunter. “Not only is online registration up and running, but we have Cernic’s Racing on board as a series sponsor, and several new venues are on the 2014 calendar.”
Jeff Cernic, owner of Cernic’s Racing in Johnstown, Pa., is not only sponsoring the series, but he’s also a vintage racing enthusiast, with more than 100 vintage motorcycles of his own.
“It makes sense for Cernic’s Racing to be involved with the AMA Vintage Motocross National Championship Series with our long history of involvement in motocross,” Cernic said. “Vintage racing provides racers a unique atmosphere to compete on the motorcycles they grew up racing in the ’60s and ’70s, do some bench racing and have a good time. The entire racing staff at Cernic’s is excited to be the title sponsor of the series.”
New rounds for 2014 include Sunset Ridge MX in Walnut, Ill.; Russell Creek MX in Greensburg, Ky.; and Mammoth East in Paoli Peaks, Ind. Racers also will have additional classes to choose from, particularly expanded non-current classes.
“We learned a lot in our first year running the series, and as a result 2014 also features a advancement system that will identify our A-class riders,” Hunter added. “We’re also going to a one-day format this year. Promoters and racers wanted a tighter program, and this makes sense for all involved.”
“One thing that hasn’t changed is how easy it is to break into vintage racing,” Hunter said. “The speeds are a bit slower, the bikes are a lot cheaper, and the attitude is laid back and easy going. If you ever wanted to experience motorcycle racing, vintage competition is a great way to do it.”
Rules, schedule updates, class requirements and online entry links can be found here: www.americanmotorcyclist.com/vintagenationals.aspx.
Show Full Article