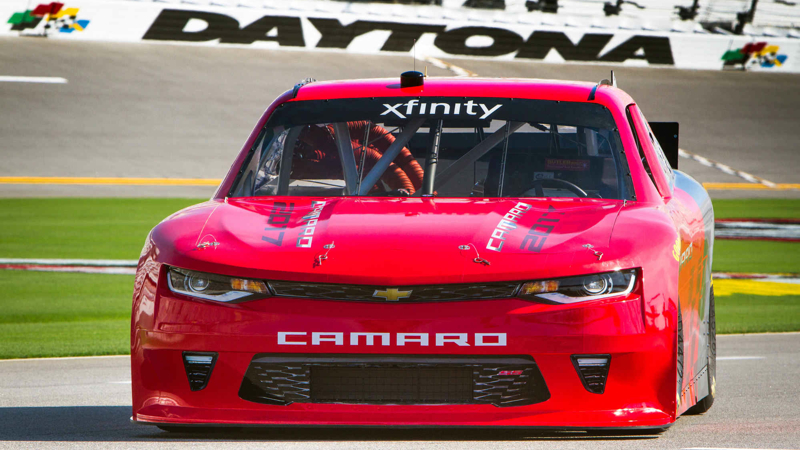 Chevy and NASCAR chose the July Fourth weekend of racing at Daytona to introduce the 2017 Camaro SS that will be running in the NASCAR XFINITY Series next year. The new car will make its on-track racing debut at Daytona’s 2017 Speedweeks in February.

Camaro is enjoying its 50th anniversary this year and the new Camaro debuted at Daytona International Speedway ahead of the Subway Firecracker  250 Presented by Coca-Cola Fourth of July weekend. It will go into live racing action next February for the first race of the 2017 NASCAR XFINITY Series.

“For the past 50 years, Camaro has played a key role in Chevrolet’s racing success in winning races and championships,” said Mark Kent, director, Chevrolet Racing. “We look forward to further success with the new Camaro SS in the NASCAR XFINITY Series.”

“Racing improves the breed and helps us design better cars for the showroom,” said Kent. “That’s why Chevrolet is on the track week after week, year after year.”

The changeover should be uncomplicated for teams using Chevy equipment and strengthen the bond between Camaro owners on the street and the new, aggressive looking race car.