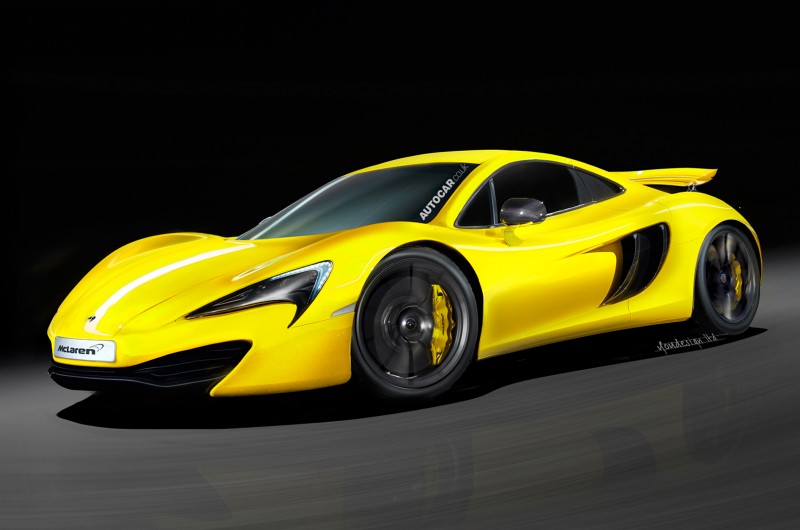 McLaren has recently released a few exclusive pictures depicting the future of the new competition for the Mercedes-AMG GT S and Porsche 911 Turbo.

So far, only a handful of pictures have been released purely as a teaser, illustrating a super cool vertically opening dihedral door and an extremely sleek front end. There is so little information on this new car, there cannot be an assumption that there will even be a second door! Although it does seem impractical.

The basis of the Sports Series is rumored to be the same carbon fiber monocoque chassis used in McLaren’s 650S, and the powerplant will be the familiar 3.8-liter V-8 found in all of the automaker’s modern road cars. The transmission is said to incorporate the Graziano-sourced seven-speed SSG dual-clutch transmission already found in the 650S as well.

So what makes this car different from all the others? You guessed it, the price.

As aforementioned, the Sports Series is designed to challenge cars like the Aston Martin V12 Vantage, Ferrari California T and high-end versions of the Porsche 911, so it’s possible we’ll see pricing dip below $200k. The 650S is priced from $265,500. And like the Porsche in particular, the Sports Series will offer a number of variants designed to cater to different buyer types, from those seeking a soft grand tourer to hardcore track fans.

We’ll find out more as McLaren continues its #BlackSwanMoments teaser campaign for the Sports Series range so stay tuned. The official debut is slated for the Geneva show in March.