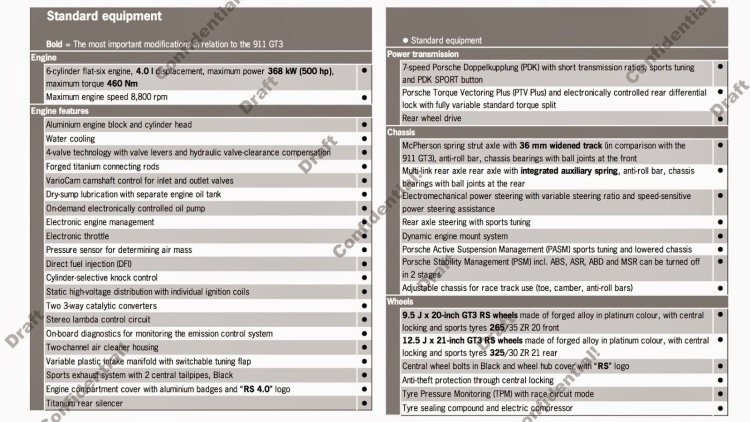 The Porsche 911 GT3 RS is one of the more anticipated cars of the year, making its debut next week at the Geneva Motor Show. A few weeks ago, it was leaked that the car would be powered by an all-new aluminum 4.0 liter flat six engine, which is a step up from the current 3.8 liter variant. However, now we have been given even more information, via a Porsche document leaked by Motor Trend.

The document reveals that the car will produce around 500 horsepower and 339 lb. ft. or torque. The red-line on the vehicle is set at a rather high 8,800 rpm. The engine will also reportedly make its way into other Porsche models, beginning next year.  As before, the 911 GT3 RS will feature direct injection; however, the car will be naturally aspirated. With Porsche’s recent announcement that turbocharging would become nearly standard across the entire 911 model range, this will make the GT3 RS one of the last 911s to gulp air naturally.

The car will come availed with only the seven-speed PDK dual-clutch transmission and not the manual many had hoped for. However, it isn’t off the table that a six-speed manual may be offered at a later date.

The car will make its full reveal at the Geneva Motor Show on March, 3rd. 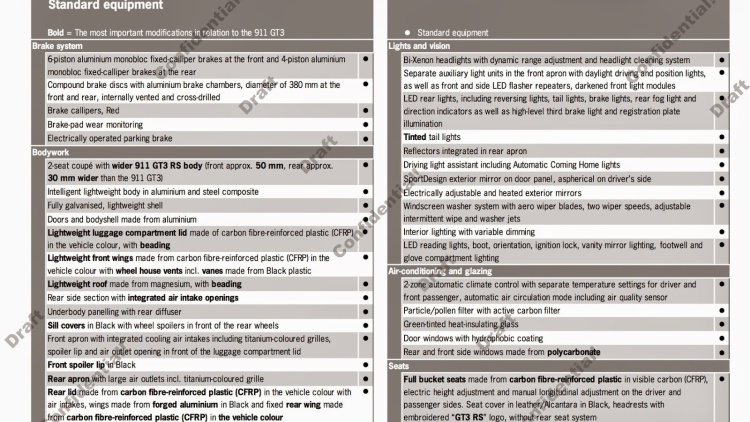