From start up to tragedy, SPEEDVEGAS’ first year ended with success

Most of us don’t have a spare $100K-$200K laying around to be able to afford that dream Ferrari, Lamborghini, McLaren, Porsche or even the relatively cheaper Mustang or Corvette. However, if you’ve been paying attention to the motorsports world this past year, you’ve probably caught wind of a F1-inspired, two-mile track in Las Vegas called SPEEDVEGAS. The one-year-old track has been making those dreams come true since April 2016, providing people with a way to experience a racing atmosphere at the wheel of their dream car. 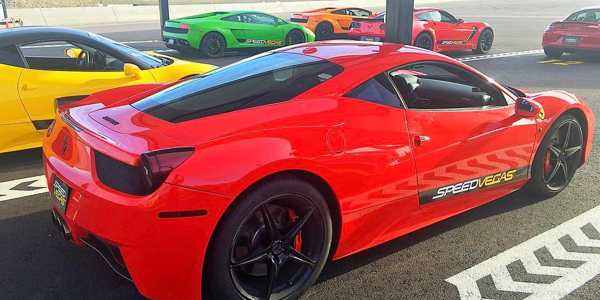 SPEEDVEGAS recently finished its first year in business boasting 30,000 customers thus far. Despite closing for a couple weeks after losing an instructor and customer in a fatal accident earlier in 2017, the track has seen huge success and is gearing up for an even better year two. Speedville.com paid a visit to the track during the 2016 SEMA Show last November and got to sit down with SPEEDVEGAS Founder and CEO, Aaron Fessler, as well as drive a Ferrari 458 for three laps around the track. We caught up with Fessler once again to get his thoughts on year one and see what’s in store for the near future.

Speedville: A year has gone by since the track opened, and it seems that a lot has happened both good and bad at SPEEDVEGAS, can you reflect a little on the past year? What were some of your highlights?

Fessler: The reception SPEEDVEGAS received from the motorsports industry and our 30,000 customers met or exceeded all our expectations during our first year. It’s gratifying when a vision becomes reality—we successfully built the first track ever designed especially to accommodate anyone who craves an exceptional driving experience behind the wheel of the car of their dreams.

Speedville: How did the track and the entertainment space change over the first year? What were some of the track’s growing pains as you gained business and experience with the operation aspects of the track?

Fessler: Our events space opened in the fall and has provided us the chance to host a variety of group events here at SPEEDVEGAS. As for learnings regarding our overall business, we are on pace with where we hoped to be at this stage of the operation. That said, we have our sights set on increasing the number of group events, select film and photo shoots and international visitation – and we’re engaged in actively and successfully pursuing each of these areas.

Speedville: You had programs like the weekend Coffee Club and other special events at the track. Do you plan to continue those types of events? Are there plans to add more, such as Top Gear filming at SPEEDVEGAS?

Fessler: Cars and Coffee has been a success, with the track providing an exhilarating backdrop for a dedicated community of car enthusiasts. We look forward to continuing to host them into the future. As for other opportunities, in addition to Top Gear America, we’ve accommodated requests from major corporate brands, performing artists, athletes and others who sought SPEEDVEGAS as a backdrop for everything from music videos, to movie promotions, to soft drink ads and more.

Speedville: Can you elaborate on Top Gear and what kinds of things they’ll be doing at the track?

Fessler: Obviously, being selected as the home track for “Top Gear America” was a thrill—it speaks to the quality and experience our track offers. We can’t give any specifics away, but we encourage everyone to tune in later this year when the show premieres on BBC America. They won’t be disappointed. 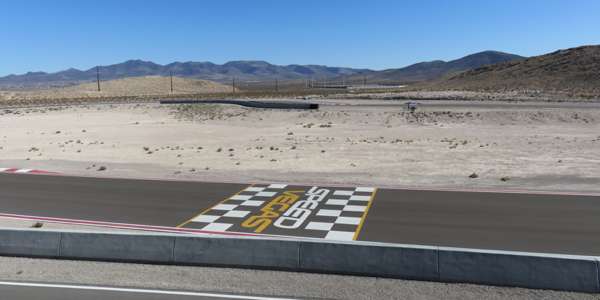 Speedville: How has continued safety been addressed?

Fessler: SPEEDVEGAS’ utmost priority is the safety of its staff and clientele. From its conceptualization and design, to its construction and everyday operation, SPEEDVEGAS has relied on a team of engineers and motorsports safety experts to weigh in on all aspects of the track. We rest confidently that the track and its operation represent the most thoughtful, safe, well-designed motorsports experience of its kind, anywhere in the world.

Speedville: What are some of the things you’re looking to do with the track heading into the rest of ’17 and beyond? Is there anything big on the horizon?

Fessler: We’re adding new cars to the fleet and are actively enjoying robust demand among not only U.S. customers, but also a growing number of international visitors to Las Vegas. We anticipate hosting an increasing number of international clientele as we move forward. Also, we’re fully engaged with corporate events planners and look forward to increasing the number of corporate events SPEEDVEGAS hosts throughout the year. Driving a supercar and then having a lavish party in our events center is a great way to cap off your day on the tradeshow floor!