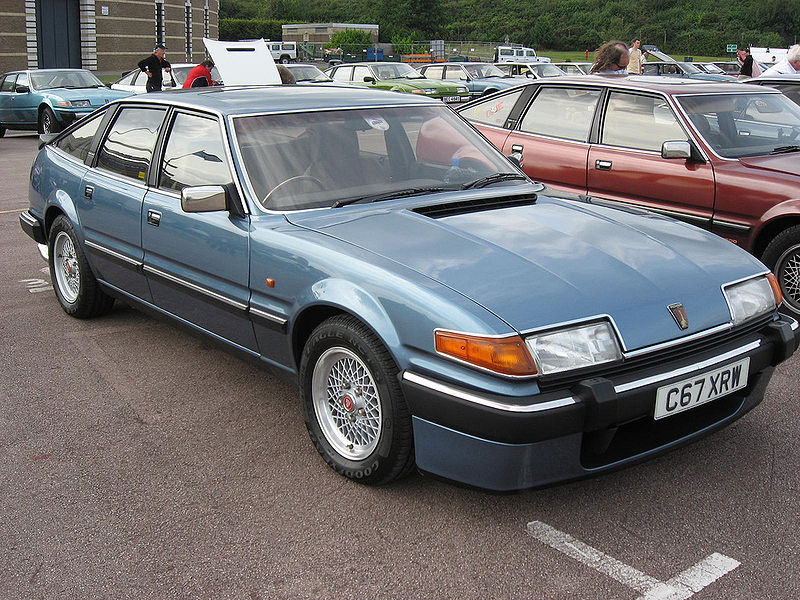 In production from 1976 until 1985, this car earned the 1977  European Car of the Year award. The Rover SD1 has often been called the “last true Rover.” It was the final model to be produced in the company’s iconic and storied Solihull factory, and it was the last car to be designed by the old guard of the Rover design team which had seen the brand in happier times. Also a last on the SD1 was the availability of the Rover 3.5 liter V8 engine; however, the Rover V8 in actuality wasn’t a Rover design at all but rather a reworking of the Buick 215 V8.

With design and production costs mostly subsidized by the British government, which was footing the bill for all of parent company’s British Leyland’s expenses, the SD1 availed customers the option of straight four and six engines, with a diesel option available too, in addition to the aforementioned V8. Power was delivered to a five-speed manual or three-speed automatic transmission.

Like any of BL’s cars made during this era, the SD1 earned a poor reputation for reliability and durability, and we’d venture to guess there aren’t too many of the 300,000 plus units produced left on the roads. They also made a hatchback version of the car, but we spared you the indignity of posting that here.