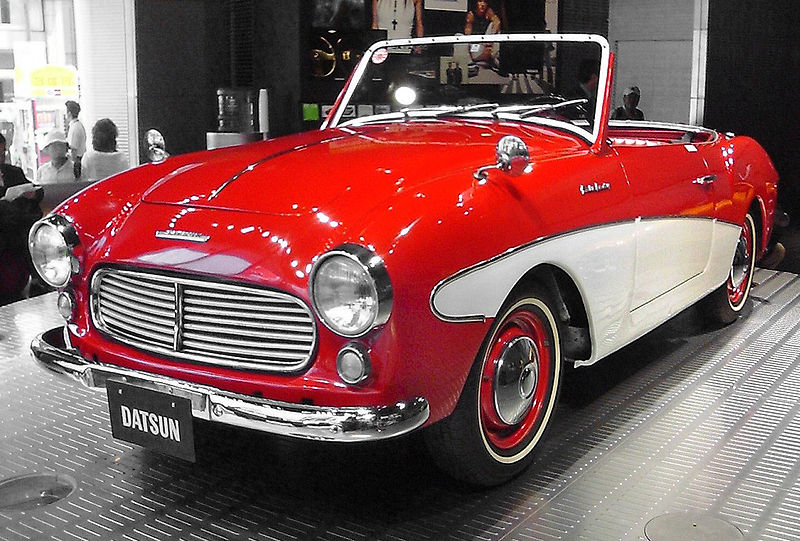 The first ever Datsun/Nissan car imported to the US, seen here is the Datsun Fairlady, in production from 1960 until 1961. The Datsun Fairlady featured a 1.2 liter in-line four cylinder engine mated to a 4-speed manual transmission.

Part of the longer lived Datsun Sports series of vehicles, the cars were intended to be an inexpensive alternative to the MG, Triumph, and Alfa Romeo sports cars of the day.

Only 288 units were produced, but many more Datsuns would follow to the US. Today, surviving examples of the Fairlady can be of some collector value.