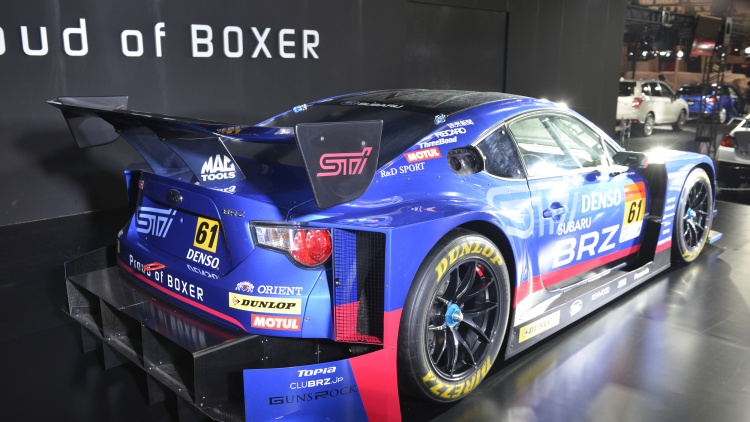 With all of the press attention being given to the upcoming Detroit Auto Show, much of the automotive community has forgotten about the Tokyo Auto Salon, going on presently. The Tokyo Auto Salon is the Japanese equivalent to SEMA, and promises several performance unveilings from Japanese automakers. Among them is Subaru, who has just unveiled two new racecars.

The first is a modified Subaru WRX STI(above,) which will constitute the company’s entry to the 2015 24 Hours Nurburgring in May. Subaru has also stated that this racer will be around for a while, taking a shot at endurance titles for eight years. The car’s upgrades have not been officially announced, but they have been confirmed to include improved aerodynamics, engine output, and stability. 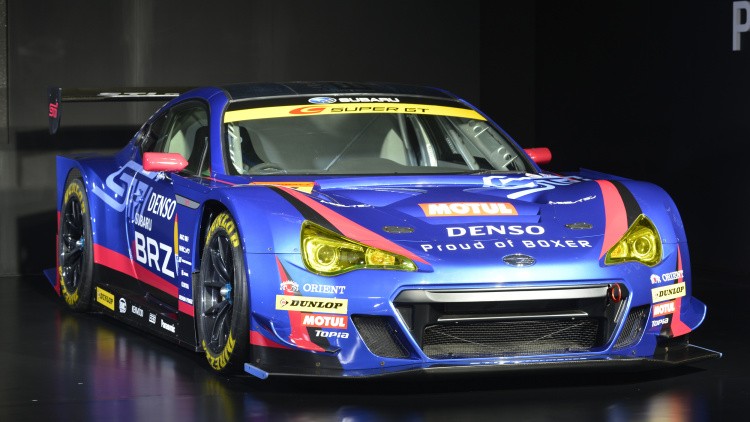 The second car, pictured directly above and called the Super GT Series, is based on the Subaru BRZ and will employ the BRZ’s front engine, rear wheel drive configuration. This car will compete in the Japanese Super GT Series. Technical changes over the stock BRZ model have not been specified. Both cars will employ Subaru’s boxer engines- probably a 2.0 liter flat four for the BRZ based racer and a 2.5 liter flat four for the WRX STI based racer.