Defending Rally America Champion David Higgins has won the 2014 Oregon Trail Rally over his teammate Travis Pastrana after a massive comeback that came down to the last two stages of the three-day, 18-stage event. Pastrana had led the Oregon Trail Rally from the first stages and held his lead through all three days of competition until the penultimate stage, where two flat tires combined with a hard charging David Higgins forced Pastrana to relinquish the lead and settle for second overall. 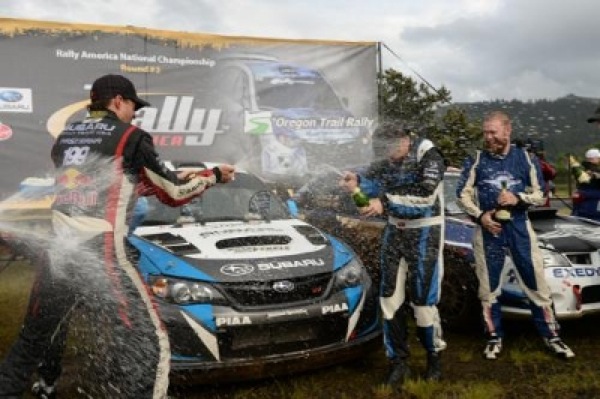 Pastrana and Higgins each drove Vermont SportsCar-prepared 2014 Subaru WRX STI rally cars in what was a Subaru-dominated event with the top five finishers at the wheel of Subaru rally cars. Higgins’ supremacy in Oregon is further solidified with this being his fourth win in a row and sixth total, having won every Oregon Trail Rally he has entered.

The Oregon Trail Rally represents round three of the 2014 Rally America National Championship and will air on NBC Sports Network on June 1, 2014 at 6pm EDT. 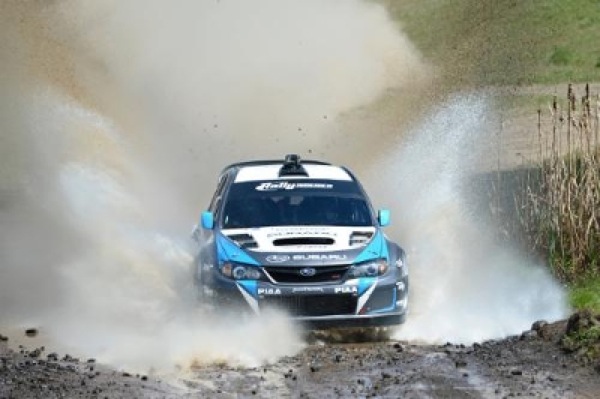 “We had nothing to lose and pushed like mad in places, it’s a shame Travis (Pastrana) had his tire issue at the very end but it was a good fight,” explained Higgins. “I’m so happy for the team; a Subaru 1-2 finish is great. This is now my sixth win here and we definitely worked for this one!”

The Oregon Trail Rally was just the second event back with the Subaru team for Travis Pastrana, after over three years away from the sport. Pastrana has been getting up to speed with his new 2014 Subaru WRX STI while working for the first time with veteran co-driver Chrissie Beavis. 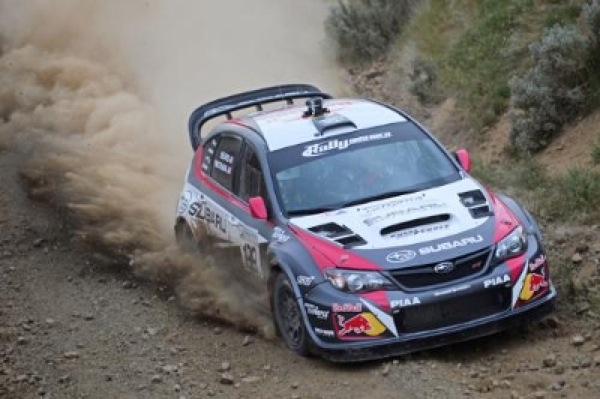 David Higgins and co-driver Craig Drew hit trouble early on in day-two, driving 14 miles of a stage with a punctured and then destroyed tire and dropping over a minute to Pastrana in the process. As Higgins began to charge back he was then hit with time penalties for allegedly hitting cones in a chicane, thus putting himself even farther behind Pastrana. Although Higgins won all but one of the second day’s eight stages he found himself still nearly 40 seconds adrift of Pastrana at the start of the final day.

Higgins and Drew had just six stages covering 40 miles to make up those 40 seconds and they went flat out to do so. Winning every stage of the final day, they whittled Pastrana’s lead down to 6.2 seconds with just two stages remaining. The battle between the two teammates would end on the next stage though as Pastrana was struck with two flat tires in the stage losing several minutes and the lead. Pastrana was able to continue and retain second overall.