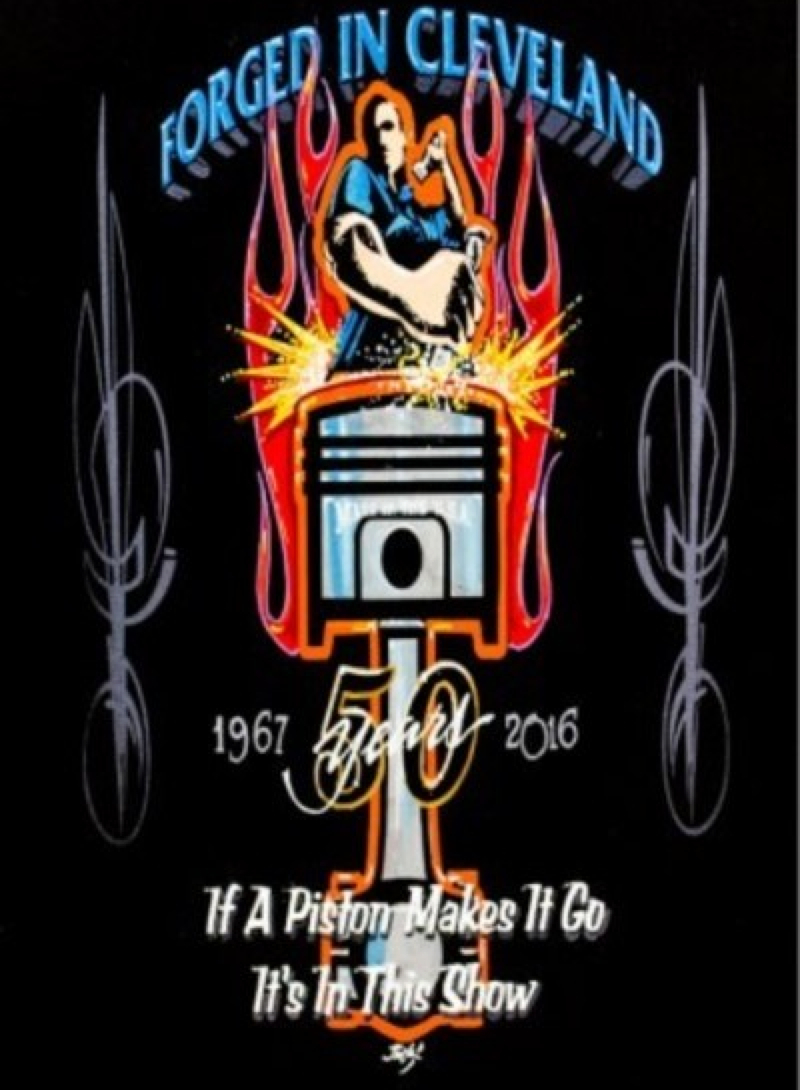 The I-X Piston Powered Auto-Rama, which returns to the I-X Center March 17-19. 2017, has announced the start of the 2017 Krazy Paint Pinstripers Design Contest. This past year, the Piston Powered Auto-Rama set a new record by raising over $25,500 for Krazy Paint’s charitable partner, The Career and Technical School Foundation. The annual event held during the show, brings together pinstripers and other automotive artists creating Hot Rod Art, which are sold and auctioned off throughout the weekend festivities.
The Krazy Paint Pinstripers will create a design for the 2017 show, which will include the following text, verbiage and themes and used in event marketing materials and on the highly collectible event  t-shirt.
The entry period of the 2017 Krazy Paint Pinstripers Official Design Contest begins on June 27, 2016 and ends on October 21, 2016. Official Rules are available here or at the events website at www.pistonpowershow.com under the “news” tab. Pinstripers will be able to submit any number of original entries on actual panels or digitally. All entries will be judged by a panel of five judges, applying the following criteria:

The three winners will be notified on October 28, 2016. The 1st place prize is $500, 2nd place prize is $250, 3rd place prize is $100.
Auctions will take place each day on the main stage of the I-X Piston Powered Auto-Rama. Items scheduled to be auctioned include Kustom Art, art panels and many other unique items including a customized Hot Rod Pedal Car from Genuine Hotrod Hardware Inc. as part of the Genuine Hotrod Hardware Pedal Car Challenge Presented by Summit Racing Equipment.
The 2016 winners included Jack Lindenberger from Evansville, Indiana who captured 1st and 2nd place while Mark Hagstrom from North Canton, Ohio won 3rd place. Alex Hamilton from Canton, Ohio won honorable mentions for his two entries.
Show Full Article