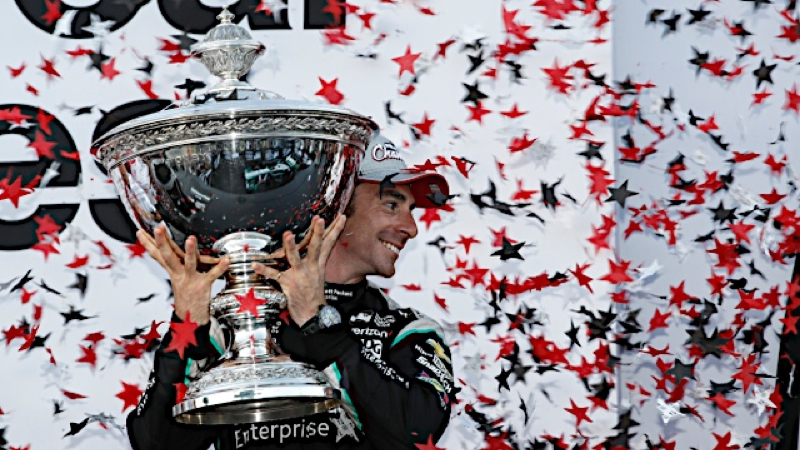 Simon Pagenaud is an IndyCar champion. The Frenchman made the most of his opportunity in the final race of the 2016 Verizon IndyCar Series (VICS) season by scoring the victory and securing the title. Pagenaud was able to hoist the coveted Astor Cup for the first time following a dominating season on the track.

The series championship marks the 14th IndyCar title for Team Penske and the organization’s 29th national championship overall. Even more impressive is the fact that three Team Penske teams finished 1-2-3 in the final point standings. Will Power followed the champion Pagenaud in second while Helio Castroneves came home third after a seventh place finish in the race. It’s the first time in 22 years (1994) since Penske has accomplished this feat.

“It is an honor to Shell to have been a part of this major accomplishment for Simon Pagenaud, Roger Penske and the entire Team Penske race team,” said Paul Bogers, General Manager, Shell Global Solutions. “We truly have more than just a partnership with Team Penske as our scientists work hand-in-hand both on and off the track when developing the technology necessary for ultimate engine performance. We are proud that Pennzoil Ultra Platinum with PurePlus Technology had a role in such an amazing championship run that prolongs the winning tradition between Shell, Pennzoil and Team Penske. 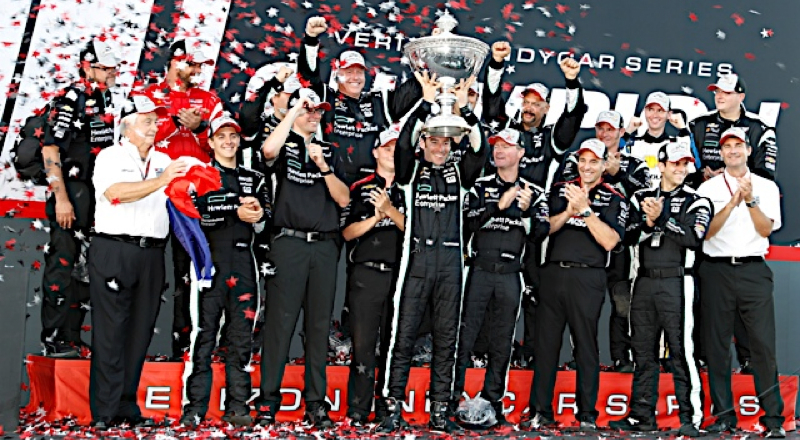 Pagenaud had what can only be called a dream race weekend as he won the pole, led the most laps and won the GoPro Grand Prix of Sonoma at Sonoma Raceway to claim his fifth win of the season and his first Verizon IndyCar Series championship.

Behind the wheel of the No. 22 Hewlett Packard Enterprise Chevrolet, the popular Frenchman jumped to the lead in Turn One and never looked  back as he went on to lead three times for a total of 76 of the 85-lap race on the 2.385-mile road course.

“It’s unbelievable. What a race! So much emotion right now to be honest its hard to find the words,” said Pagenaud. “My whole career has been about this, and getting to this point, getting to this level and running up front like that when you need it, for an athlete, I think when you can perform 100 percent under pressure like this is amazing.  Pennzoil is a big part of this team and they provide us the best oil to perform at this level. We need five hundredths of a second they can give it to us with better oil, thanks Pennzoil and all the partners that we have.”