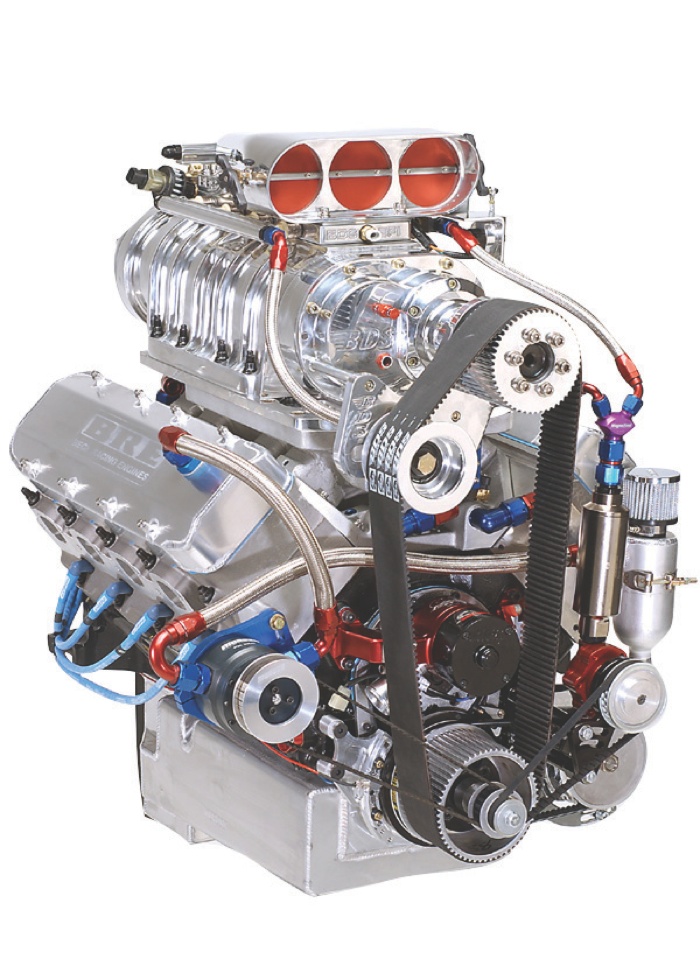 What if you wanted a bigger turbo for a diesel engine or decided to change the pulley size of the supercharger, or maybe use a bigger shot of nitrous on a street car? Just bolting on the new induction system isn’t likely the answer. Many experts will tell you there are many important details that need attention concerning the bottom end of the engine – using forged crankshafts, connecting rods and pistons is good insurance and typically very reasonably priced depending on application. But there are several other details often overlooked that would complement the beefy bottom end.

A friend of mine was preparing to install a turbo on his ’92 Mustang. He had spent good money on a lot of nice internal parts for the engine, which could deem it bulletproof for the small amount of boost the engine was going to induce. Once he started his project, several weeks went by before he came by my shop with the finished masterpiece. I knew he was coming – the car could be heard from a block away with a camshaft grunt that sounded like someone was beating a row of trashcans.

When he shut the car off and got out, I immediately asked who advised him on the camshaft profile. From experience I knew that there was way too much overlap on the camshaft for this turbo application. He said this cam came highly recommended for this particular turbo on his engine on one of the small block Ford forums to which he belonged. He was headed to the chassis dyno to see how much power was being planted at the rear wheels because the posts on the forum said that he should easily see 500 hp. I suggested that he might not want to get his hopes up and not to be disappointed because the camshaft would probably hurt quite a bit of horsepower.

Several weeks went by and I never heard from him. I finally called and asked if he had ever made it to the chassis dyno or if something had happened. He sheepishly admitted that nothing was wrong, but the car had only produced 360-rear wheel horsepower. This was a far cry from the 500 that was supposed to be there.

Instead of rubbing it in, we had a different camshaft ground and installed it. When he went back to the chassis dyno, the horsepower jumped to 453 at the rear wheels. With this tame, $300 camshaft that sounded mostly stock, he realized a 93 horsepower increase in power.

Obviously, everything you read on the Internet is NOT true, but here are some facts about power adders that you can use to improve your next build – or straighten out that know-it-all buddy!

• In an internal combustion engine, recoverable engine output is only one-third of the power produced. A third goes into unrecoverable friction and cooling losses and another third is lost in thermal energy out the tail pipe. Turbochargers can recover 60 to 70 percent of the energy going out the pipe.

• Power losses to backpressure are only 5 to 10 percent.

• When installing a turbo, make sure there is enough room for an intercooler. A 10 psi boost generates a rise in intake temperature of around 140 degrees F.

• Use a camshaft custom made for the engine. Use at least 10-degrees less duration on the exhaust side for good cylinder pressure and good rush of air to hit the impeller. Use higher lift for more airflow. A turbo street engine camshaft might have 260-degrees of intake duration with an exhaust duration of 250-degrees with 112-degree lobe centers. Depending on application the lobes may need to be spread more.

• Use synthetic oil and change on a regular basis.

• Cams for supercharger engines can use high lift for more airflow. Intake timing events are close to the same as for a non-supercharged engine.

• Bigger exhaust valves could be used which can provide more torque, but the exhaust valve then runs hotter. Seat area increases directly with valve diameter, but valve area goes up by the square. The valve stem will bend more while trying to open all that area against all that pressure.

• High boost on the street pumps in a lot of hot air, which causes the charge density to be lower and creates instant detonation problems.

• Two-valve per cylinder supercharged engines overheat exhaust valves, causing pre-ignition. Run extra overlap on camshaft to cool the valve by routing some of the intake charge onto the valve.

• Nitrous Oxide is a cyclical thing: the more fuel you burn the more power you make. To burn more fuel, you need more oxygen. Nitrous increases the oxygen content in the charge, so you can burn more fuel.

• Nitrous oxide flows at -127 degrees F, and continues cooling the charge in the port while entering the cylinder, which reduces pressure drawing in more charge.

• Nitrous speeds up combustion so timing must be retarded by 1 to 1-1/2 degrees for each 50 horsepower increase.

• “Nitrous Plus” is NO2 plus hydrogen peroxide to speed up the burn.

• Nitrous provides the most horsepower gain for dollar invested.

• Geeks sniffed the stuff for a cheap high, so now automotive grade nitrous gets small doses of sulfur dioxide.

• The camshaft needs to open the exhaust valves early to blown down cylinder pressure, widen lobe centers and use less lift on intake.

When exploring ideas to maximize a forced induction system, it’s obviously a good idea to use the best internal parts in the bottom end as possible. Just as importantly, pay attention to the other components which are often overlooked, such as valve springs, piston rings, wrist pins, camshaft, pushrods, valves, coatings, good fuel and fuel pressure, and a good ignition system.

• Make sure to clean up and polish any of the areas and surfaces of the cylinder heads to remove sharp edges and make them smooth.

• Make sure the fuel has the correct formulation for the specific purpose with the right octane.

• The spark plugs are also another area of neglect. Tighten up on the plug gap and run a colder range plug.

• There are water injection systems available to help cool the combustion heat, but water does not belong in the combustion process. Water vapor is only two-thirds as heavy as air, so it decreases charge density as well as temperature.