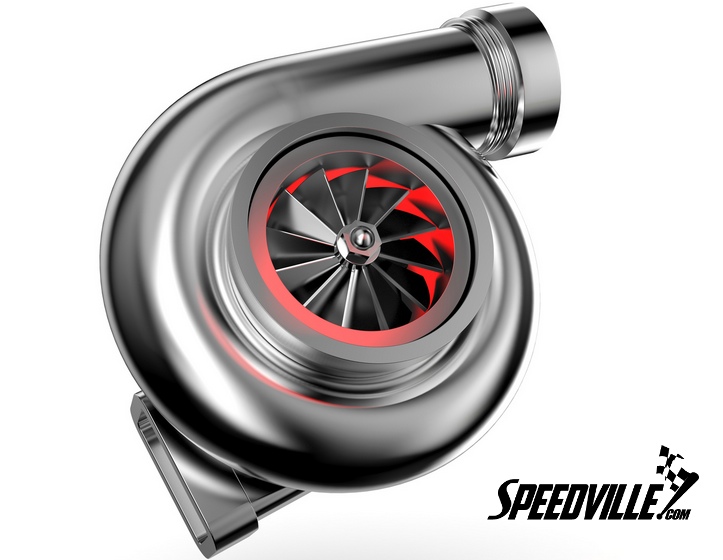 With the Green Revolution upon us, the turbocharger is making big waves. Whether it serves the purpose of making performance vehicles even more high performing, or just making our daily drivers more efficient. Turbocharged cars often experience ‘lag’ at lower speeds, due the time required for sufficient exhaust pressure to build up and spool the turbo. This has often been ameliorated by fitting multiple turbos, and several other emerging technologies, such as Volkswagen’s combined twincharger setup, or by electrically driven turbos (often used in racing but not yet on passenger cars).

Another option, though one not employed frequently is the variable geometry turbocharger, also going by many names such as variable vane or variable nozzle. Variable geometry turbochargers work on the principle of aspect ratio adjustment, essentially varying the ratio of exhaust inlet width to turbine size. This can work in a variety of ways in a variety of designs, but they essentially achieve the same purpose- varying the aspect ratio of the turbine according to rpm levels and desired boost pressure. A turbo with a smaller aspect ratio will be able to spool up faster and deliver greater boost pressure at a lower rpm when the exhaust gas pressure turning the turbine is reduced, but it will not provide a satisfactory amount of airflow at higher rpm. A larger aspect ratio on a turbocharger will allow for sufficient airflow at higher rpm but will considerably increase lag due to its difficulty spooling up at lower rpm. It is for this reason that a sequential twin turbocharger setup or variable sequential twin turbocharger(biturbo) setup is often employed on larger engines or on engines where the boost-rpm range needs to be as wide as possible.

So, variable geometry turbochargers combine the best features of a biturbo setup into one turbocharger and give an even greater degree of control. To illustrate the mechanics of this technology, visualize the turbine in the center surrounded by a series of vanes or flaps that will open or close. When the vanes are near closed, the exhaust gasses flow towards the turbine at a higher velocity, due to the reduced flow area, and are thus able to spin the turbine faster, compared with open vanes that would provide wider inlets and reduce exhaust velocity, thus not affecting the turbine with significant enough force. Effectively, the variable vanes lower the boost threshold in this instance, allowing a much larger turbine functionality at reduced rpm. As rpm rises and exhaust pressure increases, the vanes open, so as to allow all exhaust gasses contact with the turbine; should the vanes remain closed or near closed, insufficient space would be allowed and not all air could reach the turbine. The vanes are connected by rods to a disc which spins on a bearing to adjust their position as a unit. The disc/bearing system is controlled by the vane linkage and actuator which is synchronized by a separate ECU for the turbocharger.

Vehicles equipped with Variable Geometry Turbochargers(VGT) offer drastically increased boost pressure over a much wider rpm range. Graphically, the rpm vs. boost pressure plot for a VGT equipped engine is much flatter, with higher end range points than the corresponding plot of a traditional turbocharger. The overall result of VGT technology is a much lower boost threshold on an uncharacteristically large turbocharger.

So far, variable turbine geometry technology has found a home with larger commercial diesel engines. This is because the technology is presently much more feasible on diesel technology due to the fact that diesel engines produce much lower exhaust temperatures. VGTs have been employed on a very limited basis in gasoline engines, but they have experienced problems arising from the fact that vanes and the vane manipulation system is very vulnerable to damage caused by excessive exhaust heat. Advances in engineering and material science have allowed for better application of VGT technology in gasoline engines, though it’s still in its infancy.

Honda equipped the Legend with a VGT system starting in 1988, but it was only in production for two years. Chrysler equipped the Dodge Shelby SCX with a VGT around 1989, but this was a very limited production run. More recently, the Porsche 911 Turbo has employed VGT technology, beginning in 2007. A select few manufacturers do offer VGT systems available for the gasoline engine aftermarket. However, they come with few guarantees and have sometimes resulted in horror stories arising from heat damage.

As the turbocharging trend continues and these devices gain increasing preponderance in passenger cars, expect variable geometry turbocharger technology to be developed more and more. Perhaps VGT technology will become more at home in the performance arena, but it could still be useful in entry level passenger cars. Porsche seems to be leading the VGT charge in gasoline vehicles, so look towards Stuttgart for future developments.