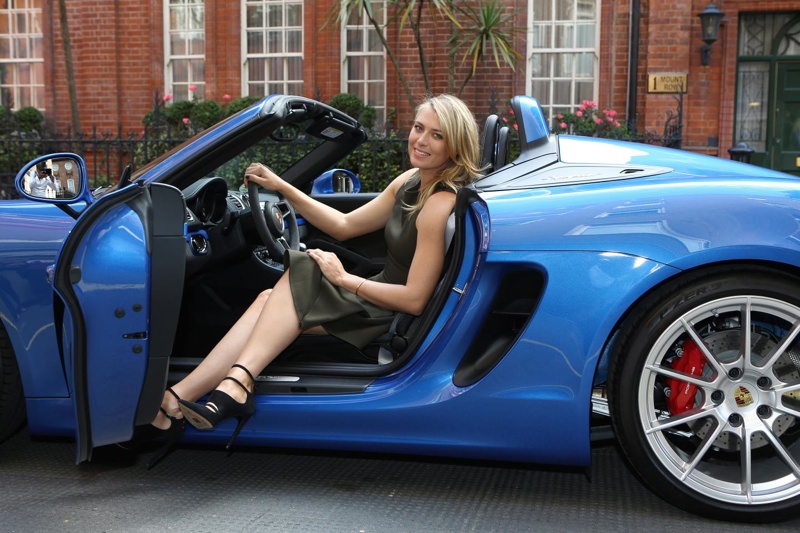 Maria Sharapova called in at Porsche Centre Mayfair last night, ahead of the Women’s Tennis Association (WTA) Pre-Wimbledon Party, for a ride in the latest Porsche, the mid-engined, two-seater Boxster Spyder.

Available to order since being unveiled in April, but not arriving officially in showrooms until July, this left-hand drive Boxster Spyder is visiting the UK for a few days only. The Spyder made its world debut at the New York Auto Show earlier this year, and is the lightest and most powerful Boxster yet built by Porsche. 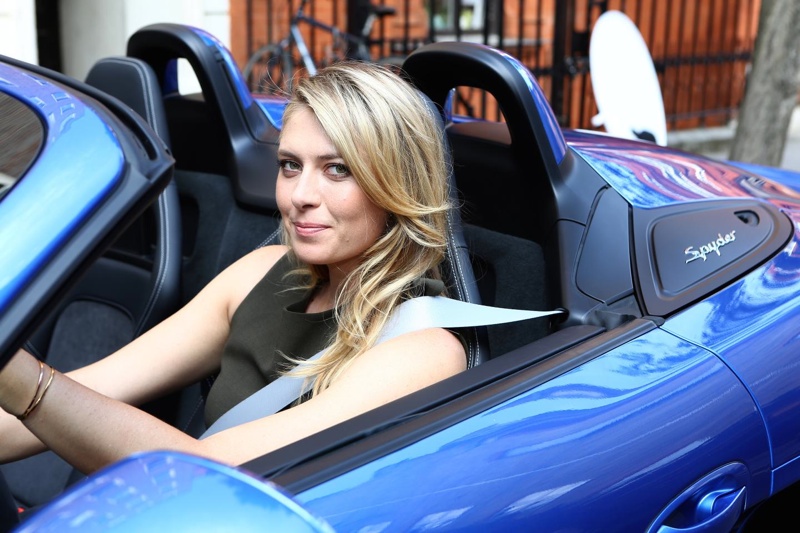 Sharapova, a Porsche Global Ambassador, was so keen to see the car during its short time on these shores, that she made a special stop on her way to the party to make sure she didn’t miss out on a drive.

A sensational purist roadster, the Boxster Spyder offers a traditional sports car driving experience combined with contemporary performance. It features a classic fabric roof, opened and closed by hand, and is available only with a manual transmission. The new car also features a 20 mm lower ride height, powerful brakes taken from the 911 Carrera, and a 3.8-liter, 375 hp engine that is capable of 0-62 mph in 4.5 seconds, with capability to achieve a top speed of 180 mph. 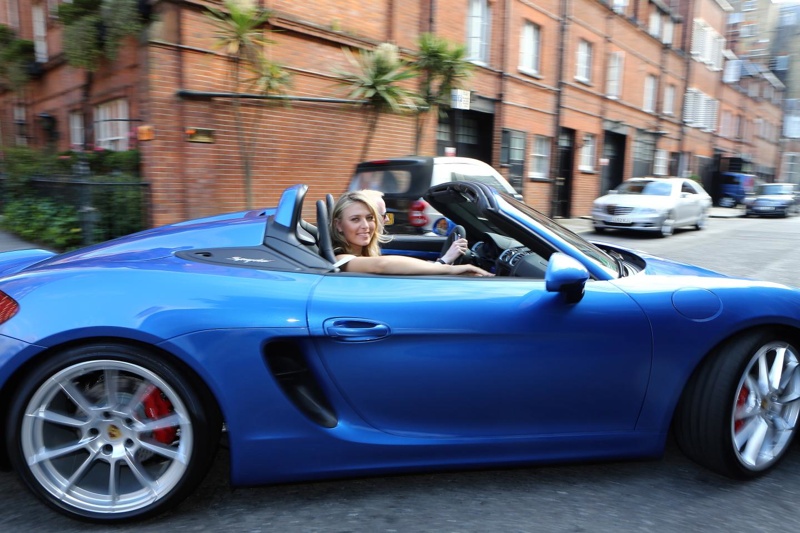 Tipping the scales at 1,315 kg, the powerful roadster can be driven precisely and with great agility; the perfect accompaniment to an athlete of Sharapova’s status.

Driving around the streets of Mayfair was certainly an experience savoured by the five-time Grand Slam Champion. Speaking about the drive, Sharapova commented: “This is huge fun – truly thrilling. I love that this new Boxster Spyder is like a classic sports car, but at the same time feels so modern and sophisticated. It’s a fantastic car and I need to get one!” 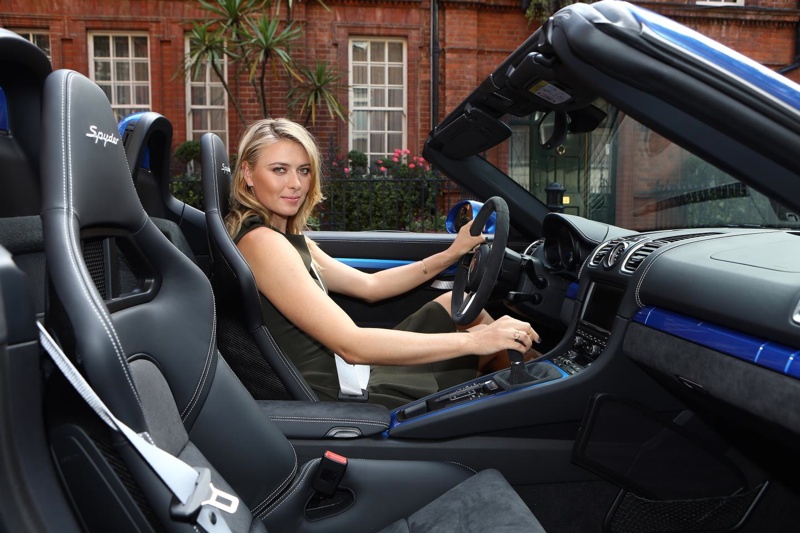 The distinctive design of the new Boxster Spyder celebrates the unrivalled sports car heritage of Porsche, with visual elements that recall the legendary sports and race cars of the Stuttgart marque. As a tribute to the 718 Spyder race car from the 1960s, the new model has two prominent streamlined ‘tear drops’ that extend along the rear lid behind the head restraints. Additionally, the lightweight roof brings to mind roadsters from the past, and the fins that stretch to the rear lend the car its characteristic silhouette.

The new Boxster Spyder is on sale now in the UK and Ireland, priced from £60,459. Customers will also be able to explore the potential of their new car by participating in a complimentary course at the Porsche Experience Centre, Silverstone. 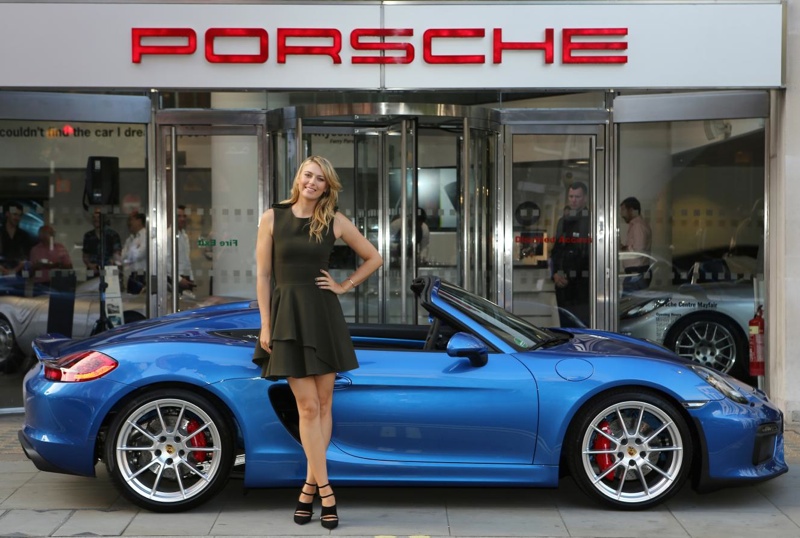