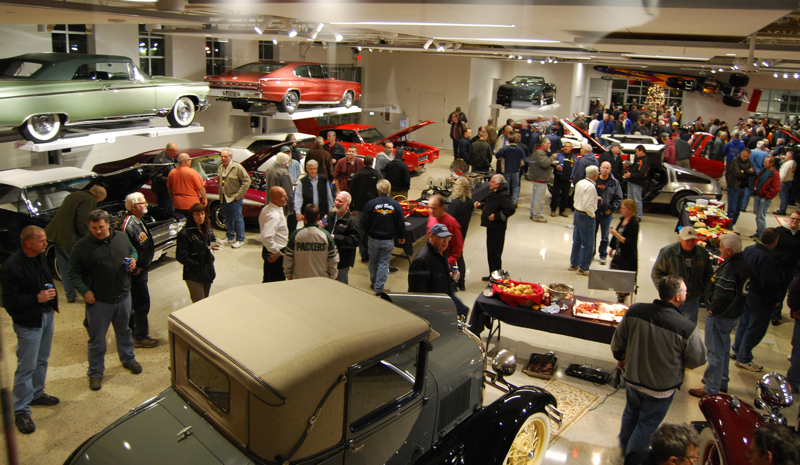 The big day will be January 2, 2016. According to Mary Beth Leopold, that’s when The Automobile Gallery (www.TheAutomobileGallery.org) will open its doors in downtown Green Bay. Leopold is the Executive Director of the new facility, that combines the features of an auto museum, art gallery, events center and executive conference room.

Lewis completely renovated a closed up building that had been a state-of-the-art Cadillac dealership in 1958. It is located in downtown Green Bay. Thecars displayed inside include many automotive icons including a ’55 Chevy, a Delorean, a split-window Corvette, a Classic Cadillac coupe with a rumble seat and a first-generation Thunderbird two-seater. 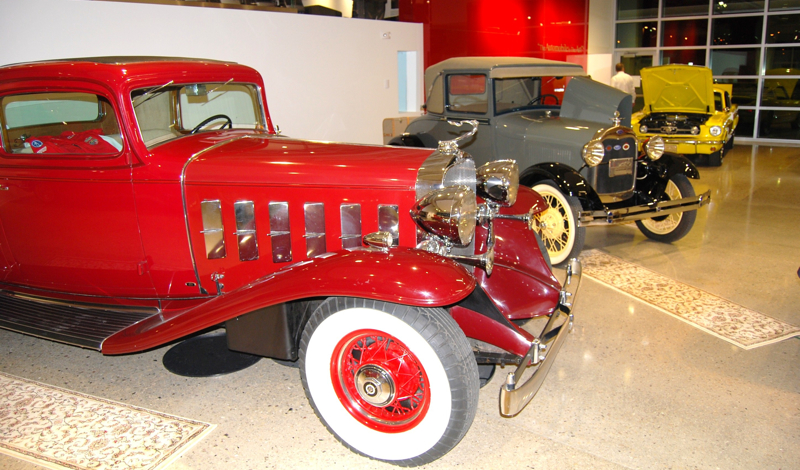 As part of his concept, Williams selected a colorful array of finishes for the cars and he displays many with their hoods raised to show what makes them tick. A goal of the gallery is to educate the public about automotive history and car styling. One racing car—a huge dragster worth up to $75,000—is mounted on a wall behind two hot rods. Other cars are raised in the air and appear to be floating against the gallery’s white walls.

To support The Automobile Gallery, admission will be charged to see the cars and the other facilities in the building can be rented for events and meetings. There will also be a guest vehicle program allowing other collectors to show their cars at the gallery during a few months for a fee. Information about all these opportunities will be posted on the website.