Chevrolet Performance pioneered the high-performance crate engine half a century ago, and since then, drivers of everything from classic Camaros to Jeep Wranglers have turned to these factory-built, fully assembled LS and LT V8 engines for speed, ease of installation and durability. For the seventh year in a row, Chevrolet will sponsor the Performance Challenge Series so owners of hot rods can race for bragging rights and prize money. 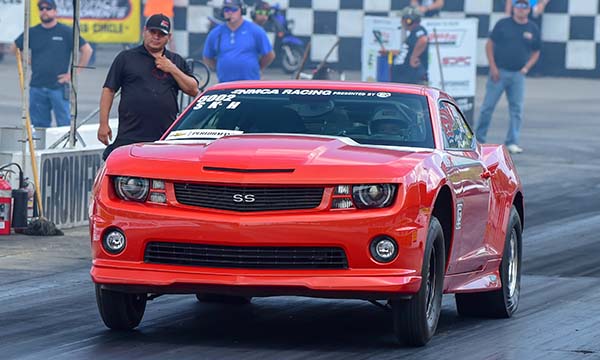 The annual event kicks off April 5 at the 10th Annual NMRA/NMCA All-Star Nationals at Atlanta Dragway in Commerce, GA. It is followed by races in Joliet, IL, Norwalk, OH and two events in Bowling Green, KY. The series ends Sept. 9 in Bowling Green.

“The racing community has made Chevrolet’s crate engine program a very successful one in the industry, and supporting the Challenge Series keeps us close to our customers and fans,” said Steve Walczak, marketing manager, Chevrolet Performance. “The series is a great way for highly-qualified racers to showcase the power of our parts on the track.”

Chevrolet Performance, the series sponsor since 2011, manufactures LT and LS engines and performance parts that racers use. Requirements for race car modifications vary throughout five different race categories and range from mildly modified to completely rebuilt cars. Cars can race with crate or modified production LS or LT engines. The modified vehicles range from Chevrolet Camaros and Corvettes and other popular makes and models. 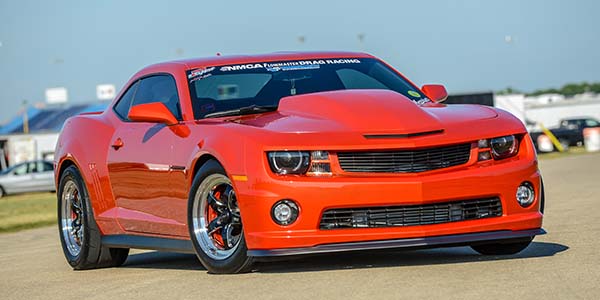 “The series attracts young fans and enthusiasts who connect with turbocharged, supercharged street cars,” Walczak added. “Racers use an extensive portfolio of Chevrolet Performance engines, parts and accessories that help them win at the track.”

Racers prepare their muscle cars during the off-season with work ranging from minor tuning to complete overhauls. Chevrolet Performance pays contingencies – award money for specific parts and engine postings – to winning racers. Contingencies vary year to year depending on the number of parts and engines in winning cars and whether winning cars promote Chevrolet Performance with signage on their race cars.

Representatives from Scoggin-Dickey Parts Center, which carries Chevrolet Performance engines, parts and accessories, will be at the series events, answering questions about technology, engines, accessories and components.

Racers competing for Chevrolet Performance Challenge Series championships must participate in four of five races. Results of each race are tracked throughout the season in NMCA’sFastest Street Car magazine. Here are last year’s results.

Race series dates and locations are:

The top three competitors from Chevrolet Performance Stock, Street King, Rumble and the Real Street Shootout winner and runner-up will be invited to a special Chevrolet Performance Champions Dinner on Dec. 8 at the PRI Show in Indianapolis. It celebrates the best of LS and modern-LT drag racing. Each class champion, and the Shootout winner, will receive an LSX Victor award, a championship ring, and a custom jacket.