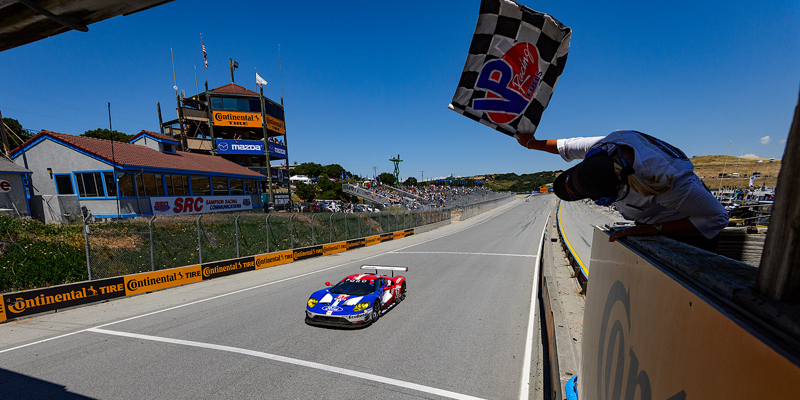 Ryan Briscoe and Richard Westbrook, drivers of the No. 67 Ford GT started from P2 and never looked back. Both Ford GT cars showed great pace, posting strong times during practice sessions leading up to race day. The Ford Chip Ganassi Racing teams managed their fuel and tires around the 2.238 mile track and stayed clean through the notorious ‘Corkscrew’ corners. Both teams ran a one pit stop fuel strategy. In the final two minutes Joey Hand, driver of the No. 66 had to pit for a splash of fuel and finished sixth.

Briscoe and Westbrook showed driver skill and patience were key to win the battle off the start finish line to get a clean start and execute the fuel management strategy put in place. Westy drove the No. 67 across the finish line to take the historic checkered flag for the Ford Chip Ganassi Racing team. 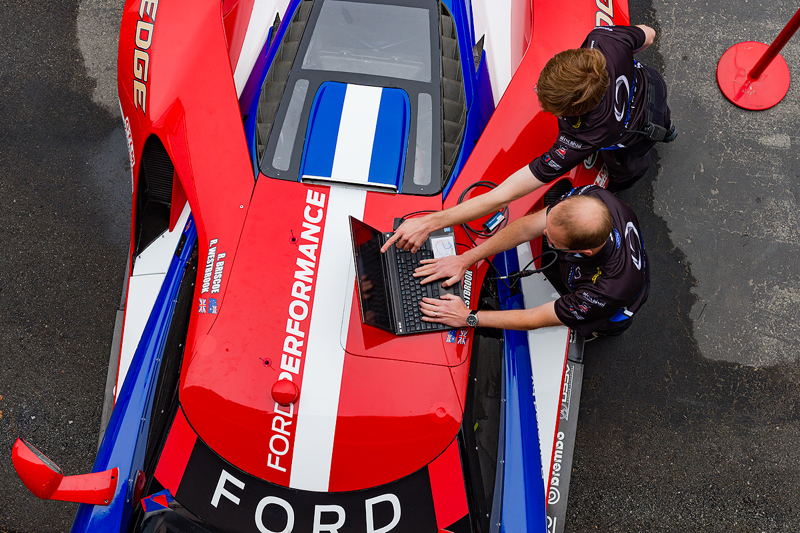 The Ford GTs showed racing potential, putting it all together in the 4th race of the season to find the victory circle for Ford Performance, giving them momentum going to Le Mans.