The 6.2 liter LSA V8 that the 627 uses is shared with Seven Marine’s current model, the 557. The 627 features a 1.9-liter TVS supercharger and intercooler that is coupled with direct fuel injection. The engine has a 9:1 compression ratio, and the 627 offers advances such as stainless steel tubular headers and the first ever closed-loop cooling system to be used on a marine outboard- no more corrosive salt water.

The 627 is mated to a ZF marine transmission featuring fly-by-wire controls, wet disc clutches, and spiral bevel gears. With a red-line of 5,500 rpm, the engine weighs in at about 1,100 pounds, and any craft employing the 627 would likely have between two to four units four propulsion.

The 627 doesn’t come cheap either, and each unit or set of units is custom made for each customer, availing uniquely customized graphics and exterior styling. Customization options also include the LED lighting schemes shown below.

The Seven Marine 627 hasn’t been officially released yet and neither have the pricing figures. However, many are predicting that a complete set of four well-equipped units could run over $400,000. 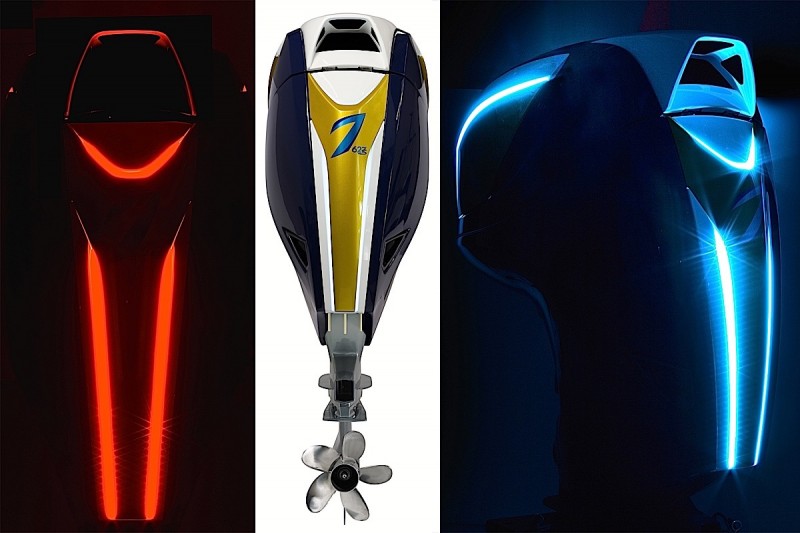