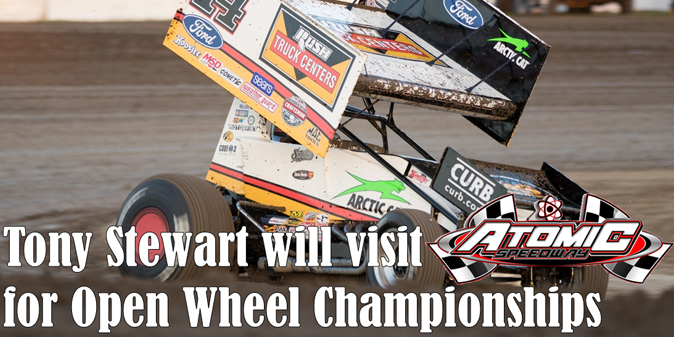 “We are more than excited to have Tony Stewart join us during the Open Wheel Championships,” Brad McCown stated, promoter of Atomic Speedway. “Tony is a living legend. Our fans will have the opportunity to watch him race head-to-head with some of the best sprint car drivers in the country. This event is slowly working up the ladder as one of the premier events in Ohio. This just made things even bigger.”

“We have a lot in store for the fans,” McCown said. “Our goal is to push this event to its maximum capacity. I think we are on the right track.”