I was too young to see Dan Gurney compete as a racing driver, as his last race was when I was just a toddler. But I knew the name Gurney as well as any other racing name in our household. He was right up there with Andretti and Foyt, but his stature as a driver was only part of his story. Mario Andretti once said that Gurney was every driver’s hero. He could do it all. He was the “total package.”

Gurney, who passed away last week due to complications from pneumonia, was an American Icon, a true racing innovator and the best of what post-WWII America produced. He was a Korean War veteran who served his country, and when he got home he went racing, which was not far from his residence in Riverside, California. He lived through an era in motorsport where many of his peers didn’t make it out alive. The late Jim Clark, a 2-time F1 World Champion said of Gurney that he was the driver he feared most. Clark was killed in 1968 in an F2 race in Germany.

Gurney raced from 1955-1970, and after his driving career he continued to contribute and be involved in the sport he loved for the rest of his life. While his driving record is impressive (and it would’ve been even more so if he continued to drive as long as Andretti, Petty or Foyt), he had talents far beyond sitting in the cockpit of a racecar.

The following are just a few of the things Gurney achieved or innovated in his time on Earth:

An honorable mention should be given to Gurney and his famous “White Paper” that he released during the height of USAC’s reign on Indycar racing. He stated that the teams, not the sanctioning body, had the power and should branch off to form their own series, which they did. The new series was called Championship Auto Racing Teams (CART). This series turned Indycar racing and its teams into household names that rivaled even NASCAR until they split up in 1996. There will never be another one like Dan Gurney. He almost single-handeldly influenced the direction and popularity of racing around the globe. 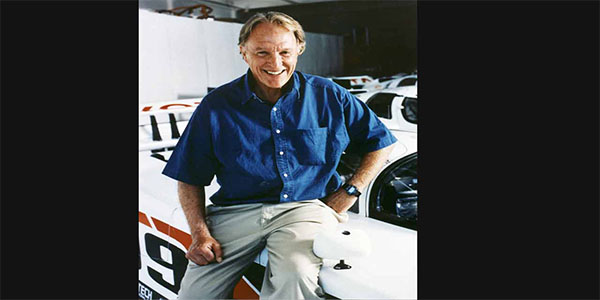