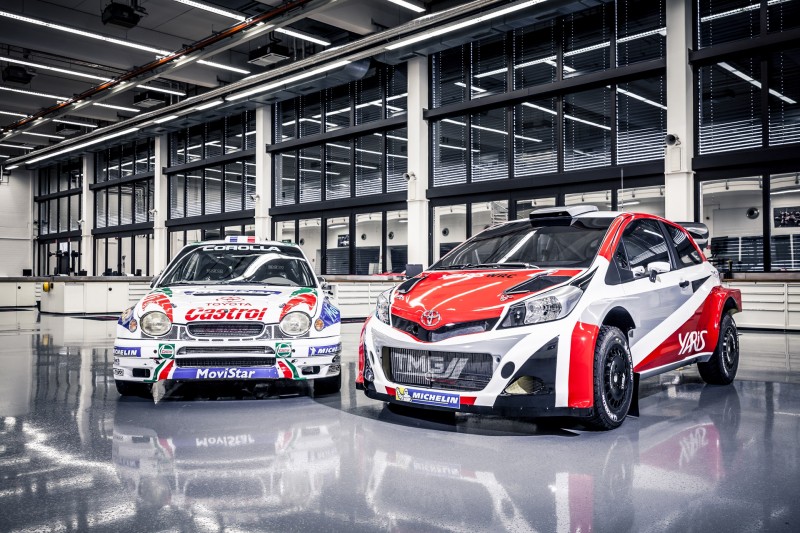 There is now another name added to the list of brands contesting the illustrious World Rally Championship; Toyota has just announced their plan to compete in the series beginning in 2017. Speculation has abounded for years that they would return to the rally scene, but the news was only made official this week.

Toyota is apparently readying its Yaris sub-compact for WRC competition and has been testing it for several months. The car has been primarily developed by the company’s Toyota Motorsports arm in Cologne, Germany, nicknamed TMG.

The WRC Yaris would conform to regulations requiring the use of a turbocharged 1.6 liter in-line four cylinder engine, sporting direct fuel injection and an anti-lag system for the turbocharger. A six-speed sequential gear-box delivers power to the all-wheel drive setup as per WRC regulations. WRC cars are typically rated at outputs of just over 30 horsepower, and Toyota’s challenger would be no exception; we have word that TMG has already tuned their cars to over 300 hp.

The Yaris would compete with the Ford Fiesta, the Hyundai i20, and the VW Polo; the last of which has been dominating the WRC field lately. Toyota has a long and rich history in rally car racing, though it withdrew factory support from international competition in 1999.