Kyle Busch won the race’s first stage and led a race-high 74 laps (of 160) to triumph in the Monster Energy NASCAR Cup Series (MENCS) race at Pennsylvania’s Pocono Raceway to claim a milestone victory for Toyota on Sunday – the manufacturer’s 100th win in the Cup Series since entering competition with the Camry in 2007. 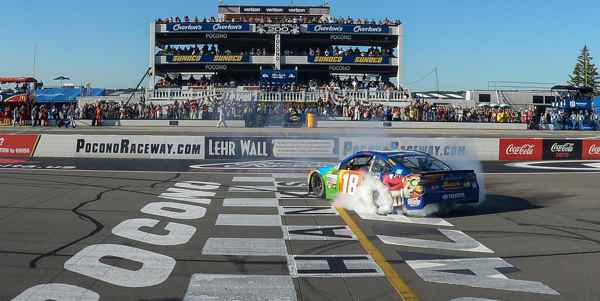 Busch, who started the Pocono race from the pole, also claimed Toyota’s first Cup victory at Atlanta Motor Speedway in 2008, and leads all Camry drivers with 35 first-place finishes in the Series. 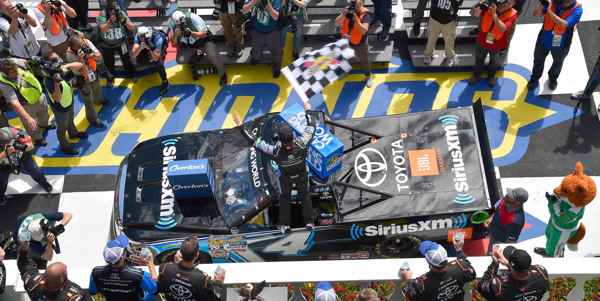 Toyota’s Ben Rhodes finished second in the NCWTS at Pocono, tying the 20 year old’s career-best finish, while Ryan Truex was third in his Tundra.

In the NASCAR XFINITY Series at Iowa Speedway, Ryan Preece captured his first-career victory in a Joe Gibbs Racing (JGR) Camry. The victory came in just Preece’s second start with JGR and the driver from Connecticut led a race-high 141 laps (of 254) to the checkered flag.

In a combined NASCAR K&N Pro Series East and West race at Iowa, Toyota’s Todd Gilliland claimed the victory in his campaign to win both series titles.

With his first-place finish, Gilliland added to his West points lead, while also gaining ground on his Toyota teammate, Harrison Burton, who leads the East standings and finished third. Burton has a six-point advantage over Gilliland in the East, while Gilliland holds an 18-point advantage out West.