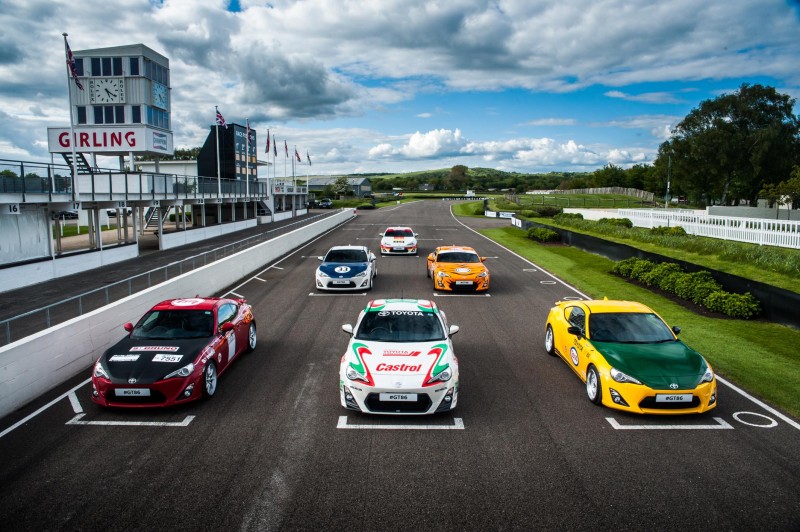 Many of the qualities that make the GT86 an exceptional modern sports car are rooted in generations of classic performance Toyotas, from its great handling to its timeless, low-slung styling. In a tribute to some of the great race and rally cars of the past 50 years, a fleet of six GT86 has been transformed with faithfully recreated classic liveries and retro styling details.

Each car is inspired by a different model. They include two sporting versions of Toyota’s original sports car, the 2000GT, and Ove Andersson’s 1970s Celica 1600GT rally car – the machine that helped inspire Toyota to launch a full international motorsports programme. The IMSA GTU Celica that raced in North America in the 1980s, the World Rally Championship Celica GT-Four and the Esso Ultron Tiger Supra from the All-Japan Grand Touring Car Championship are also celebrated.

Vehicle vinyl specialist Motor Mode has reproduced key elements from the original liveries in the right proportions for the GT86. New springs bring the cars’ ride height down by 40mm and Rota has provided new wheels in different finishes to capture the retro look. A new Milltek Sport stainless steel exhaust system provides the finishing visual and aural flourish.

The coupes – a strictly one-off collection – are making their debut at the Goodwood Festival of Speed’s Moving Motor Show on 25 June, where they will be available for public test drives on a course that includes Goodwood’s famous hillclimb. For the remainder of the festival they will be on static display at the Goodwood racing circuit, supporting the hugely popular GT86 Drift Experience.

Shelby Toyota 2000GT (white with blue bonnet): racing legend Carroll Shelby masterminded Toyota’s racing programme for the 2000GT in the USA. The intention was to demonstrate the car’s potential when pitted on track against established American and European competition. Drivers Scooter Patrick and Dave Jordan duly claimed a number of victories during the 1968 season.

Ove Andersson’s Toyota Celica 1600GT (red with black bonnet): Andersson’s entry in world rallying with the first-generation Celica paved the way for the founding of Toyota Team Europe – and ultimately today’s Toyota Motorsport. The liveried GT86 celebrates the car he entered in the 1972 Daily Mirror RAC Rally, with official manufacturer support from Toyota. His class win and ninth place overall were an early sign of the great things the partnership would deliver.

Castrol Toyota Celica GT-Four (red and green Castrol livery): this Group A Toyota made its World Rally Championship debut in 1994 and went on to claim seven podium finishes in seven events entered during the 1995 season, including victory for Didier Auriol in the Tour de Corse.

Esso Ultron Tiger Toyota Supra (tigerskin effect): Supra was a longstanding entry in the All-Japan Grand Touring Car Championship, competing from 1995 through to 2006. In fact its competition life went on beyond the end of production of the road-going Supra. When its track days came to an end, it enjoyed a new lease of life as a virtual racer in the Gran Turismo computer game. The Esso Ultron Tiger car was one of the most distinctive-looking to take to the grid. 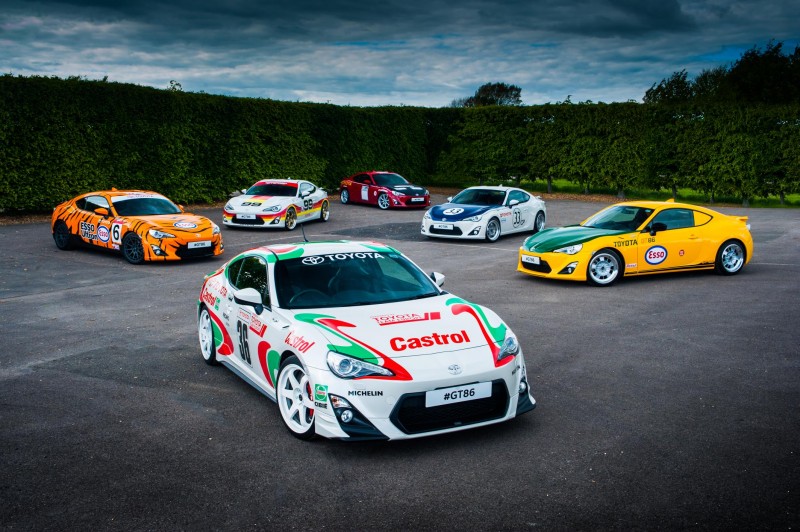