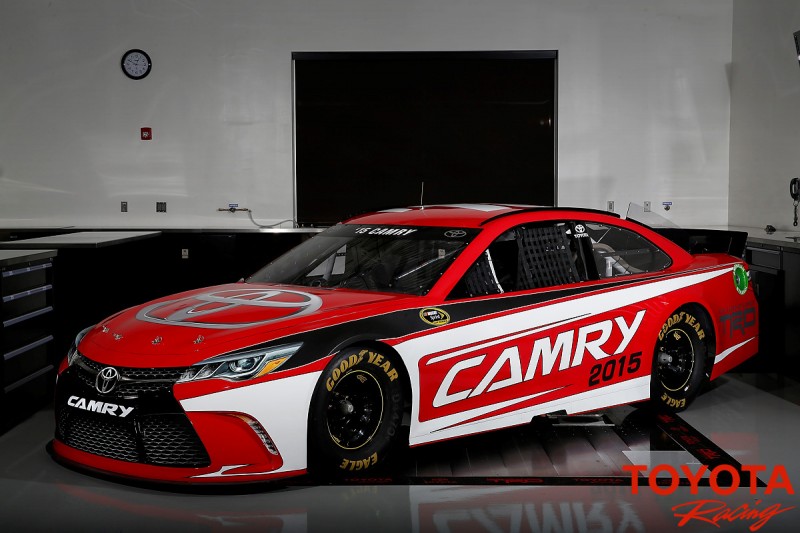 With the announcement of the 2015 Camry race car, Toyota becomes the first manufacturer in the series to update the NASCAR ‘Gen-6’ model — which was initially introduced in 2012 for competition beginning during the 2013 season.  In addition, a redesigned Camry will also be used in next year’s NASCAR Xfinity Series, currently the Nationwide Series.

The 2015 Camry race car marks the culmination of a redesign to provide the vehicle with a more unique identity — and a look similar to the 2015 production Camry that was introduced earlier this year.  TRD worked together with Calty Design, part of Toyota’s global network design team, to update the on-track Camry and incorporate design elements from the new 2015 production Camry into the race car.

“We’re thrilled to finally be able to show off our new 2015 Camry race car — becoming the first manufacturer to update the ‘Gen-6’ model that was introduced before the start of the 2013 season,” said Ed Laukes, TMS vice president of marketing, performance and guest experience.  “We anticipate that fans will appreciate the development behind this bold Camry design — both on the race track and the showroom floor.  Fans will have the chance to get an up close look at our new 2015 Camry in our NASCAR activation and fan engagement activities.”

The boldest change to the new 2015 NSCS Camry is the aggressive front end and grill area, which looks exactly like its production counterpart.  In addition, the new Camry boasts an all new, sleek hood and nose, along with a new tail of the car.  A distinct change in the quarter windows also adds to the sleeker look.

“A lot of hard work has gone into redesigning the 2015 Camry race car for NASCAR competition,” said David Wilson, TRD’s president and general manager.  “It was a challenging process balancing performance and design, but working closely with Calty Design, NASCAR and our race team partners, we were able to develop a race car that looks similar to its production counterpart — and provide a performance upgrade on the race track.”

For 12 straight years, and 16 of the past 17 years, the Camry has been the best-selling car in America.  Built at Toyota manufacturing facilities in Georgetown, Ky. and Lafayette, Ind., the Camry has been named the ‘Most American Car’ by Cars.com’s American-Made Index for four consecutive years.

In an effort to create more distinct and stock vehicles for the race track, NASCAR worked together with the three series manufacturers prior to the 2013 season to determine what areas were either ‘locked in’ or ‘open’ for unique design.  NASCAR along with the manufacturers have also worked together to allow for updates to each manufacturer’s design — with Toyota being the first manufacturer to work through that update process.

“The redesigned Toyota Camry race car is a byproduct of the vastly improved collaboration that has taken place between NASCAR and its auto manufacturers during the past three years,” said Steve O’Donnell, NASCAR’s executive vice president and chief racing development officer. “Toyota’s dedication to remodel its Gen-6 race car to more closely resemble its street production counterpart has been exemplary, and we look forward to watching it perform on the track each weekend in 2015.” 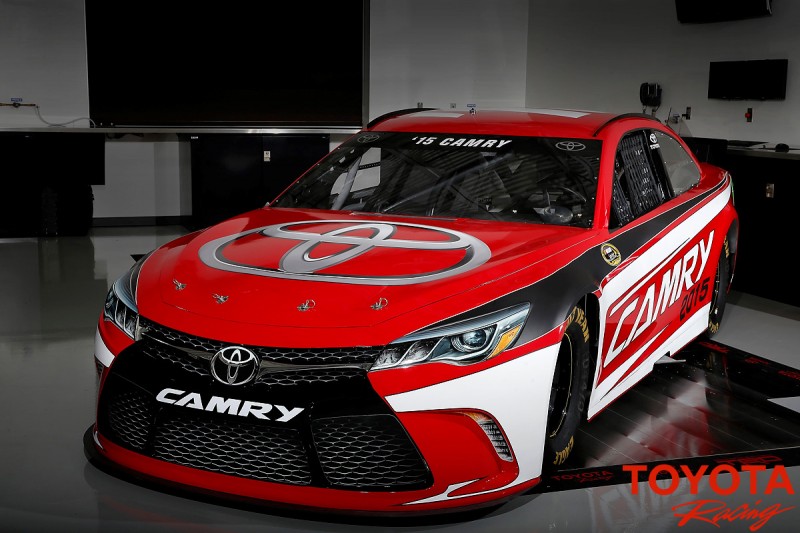