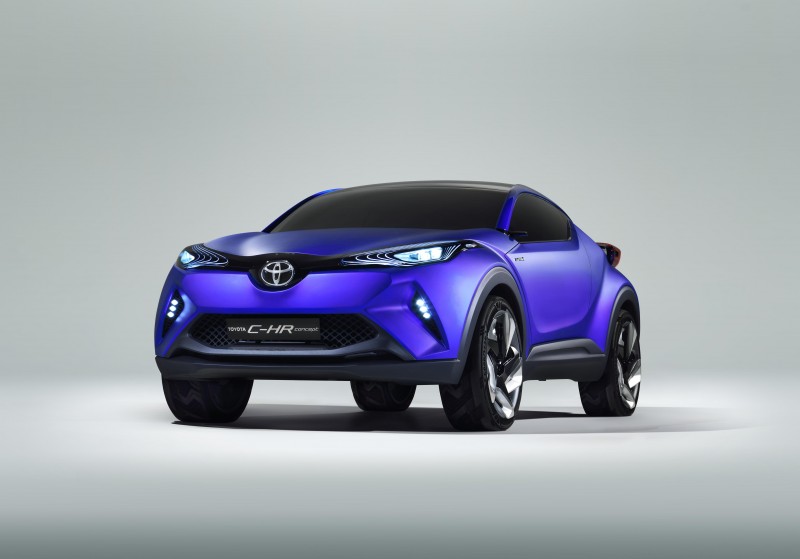 Toyota will unveil its new C-HR Concept at the Paris motor show, a vision for a hybrid-powered compact crossover that displays an emphatic new design language. The show car gives an early hint of a kind of vehicle Toyota would like to bring to market.

The C-HR Concept introduces an expressive new design approach with a diamond styling theme. Beneath the flowing cabin profile, the lower bodywork has been sculpted to create faceted surfaces, like the precision cutting of a gemstone.

The frontal treatment marks a development of Toyota’s current design cues and the introduction of themes which signal a future direction for Toyota vehicles.

In profile, the facetted treatment of the lower body, the muscular wheel arches and angular rear shoulders are juxtaposed with an exceptionally sleek cabin profile  At the rear, distinctive, aero-inspired floating rear lamp clusters add further emphasis to the vehicle’s broad-shouldered look.

The unveiling of the C-HR Concept and a press conference will take place on the Toyota stand in Hall 4 of the Paris motor show, at 8am local time on 2 October. 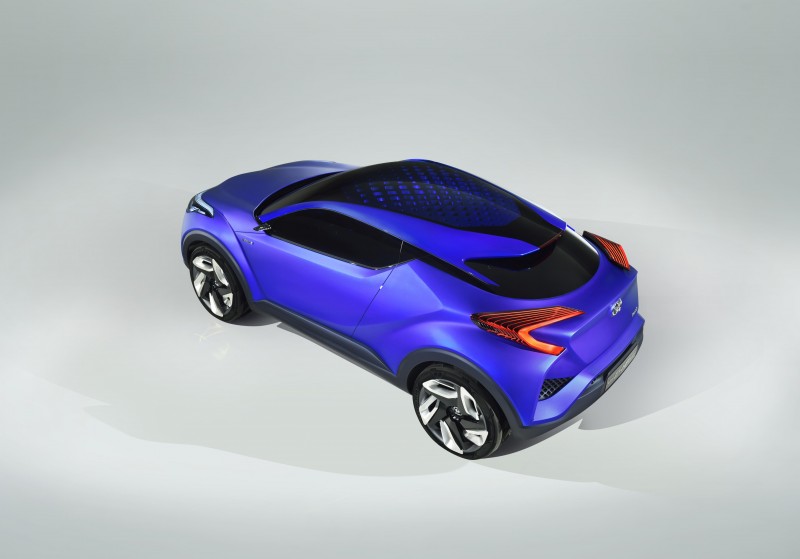