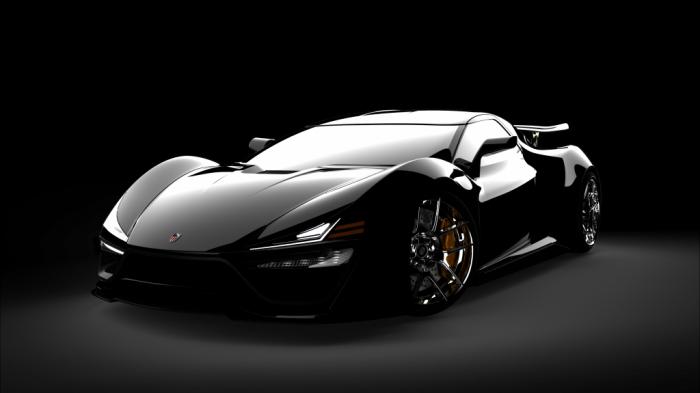 American supercar producer Trion SuperCars has released new information and pictures regarding their first model ever, the Nemesis.

According to Autocar, production of the vehicle is scheduled to start in January 2016, while first prototypes will be built in February 2015. The Nemesis boasts a carbon fiber monocoque and a pushrod-based suspension system while sporting intricate body details derived from the same type of lightweight material. The body adopts a typical wide and low slung shape like all supercars must have. At the rear end, inspiration has clearly been taken from the McLaren P1 with a similarly shaped grille and LED taillights. The company has also added active aerodynamics for increased performance.

Inside the cabin, there is a fully digital dashboard with internet connectivity. The vehicle also possesses a Predator Mode, much like a sport mode, that provides higher performance output, modifies the suspension settings, increases the exhaust noise and the increases the rev limit.

The American-based startup company has stated a fleet of 50 examples is planned with prices starting at around 786,000 EUR (roughly 1M USD). Trion explains it “intends to challenge European dominance of the prestigious exotic supercar category”.