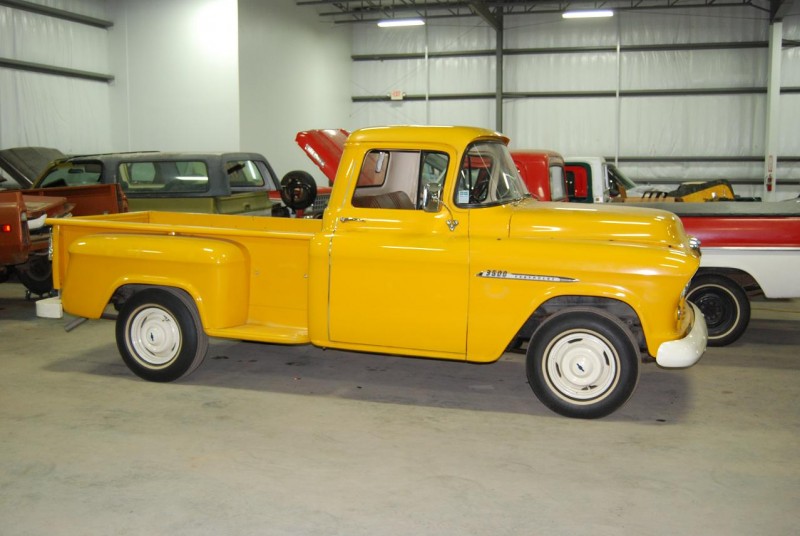 The inventory at the company’s Lenexa, Kan., headquarters includes 30,000 truck parts (plus 10,000 parts for British and Japanese sports cars sold by LMC’s other branches. It’s a big operation and over 400 people work at LMC.

Creating new products for trucks takes research and development. LMC Truck maintains a fleet of trucks that it can reference when dreaming up a new part that improves upon an original. For instance, certain Dodge trucks had an OEM dashboard that was prone to cracking, so LMC used a Dodge truck from its “test fleet” to figure out what the problem was and come up with a better dash.

The assortment of trucks owned by the company ranges from rusty iron to completely restored ‘70s pickups that look brand new. There are Chevy Apaches, Ford Broncos, Dodge Rams and GMC Advance-Design models. They are all stored in a big, two-story space at company headquarters. A huge cage-like elevator large enough to lift a truck is used to take the vehicles from one floor to the other. There are a few sports cars in the collection, but its trucks and the company’s show trailer that really fill the two rooms up. And it’s a very cool collection of trucks by anyone’s standard.