The Porsche North America works team will field a third Porsche 911 RSR for the first time this season at the TUDOR United SportsCar Championship round in Austin, Texas on September 20. Along with the 911 RSR run by the United State’s customer squad Team Falken Tire, a total of four 470 hp GT racers based off the seventh generation of the iconic 911 sports car will compete at the Circuit of the Americas (COTA). 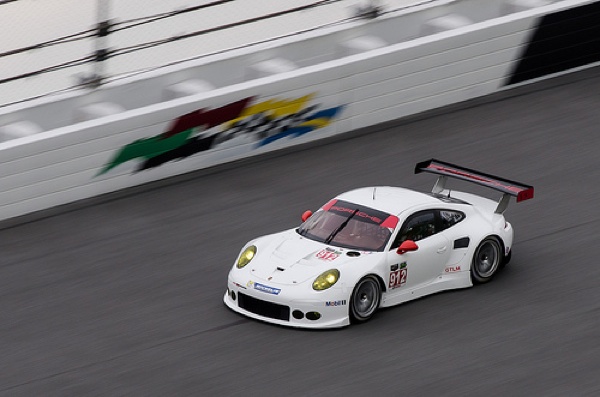 With just two rounds left on this season’s calendar of the new series that is contested in the USA and Canada, Porsche narrowly leads the manufacturer’s classification in the hard-fought GTLM class ahead of Chevrolet, SRT, BMW and Ferrari.

A particularly heavy workload awaits Porsche works drivers Nick Tandy, Richard Lietz, Jörg Bergmeister, Frédéric Makowiecki and Patrick Pilet at the race weekend in the Texas capital. On the same day, immediately following the TUDOR Championship round, they will all tackle the six-hour race on the demanding COTA circuit as part of the Sports Car World Endurance Championship (WEC). As at previous WEC races this season, Porsche Team Manthey runs a pair of 911 RSRs.

The TUDOR United SportsCar Championship race starts on Saturday, September 20 at 12:30 p.m. CT. The race will be broadcast live on FOX Sports 2 with additional coverage following on the FOX Network Sunday, September 21. Check local listings for exact times in your area. The WEC race takes off at 5:00 p.m. local time.