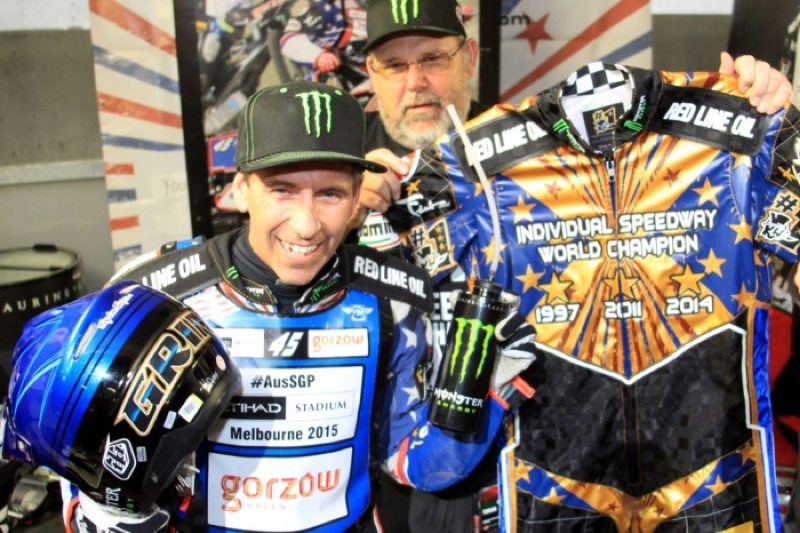 “It’s our pleasure to congratulate U.S. rider Greg Hancock for proving himself once again to be the world’s greatest speedway racer,” said AMA President and CEO Rob Dingman. “Greg came through with the right mix of talent and perseverance to excel at the highest level of his sport, further inspiring America’s next generation of speedway champions.”

Hancock secured the title with a fifth-place finish at the final round in Torun, Poland, on Oct. 11. Poland’s Krzysztof Kasprzak finished second in the title chase with 132 points to Hancock’s 140.

The 44-year-old Hancock, from Whittier, Calif., also won the FIM Speedway World Championship in 2011 and 1997. He has competed in FIM Speedway since 1995.

The history of American Speedway competition dates to the mid-1920s. One of the sport’s early stars was America’s first world champion: AMA Motorcycle Hall of Famer Jack Milne, who won the 1937 Individual Speedway Championship in London.

Speedway is known for its fast action and tight racing. A meet features numerous heats of four riders each, power-sliding single-speed bikes with no brakes counter-clockwise around a dirt oval.