What started as a late night of sampling some of V12’s finest wines and brainstorming a hand drawn label concept has evolved into a collaboration between 1996 IndyCar Champion, Jimmy Vasser Jr., and Troy Lee Designs namesake, Troy Lee. 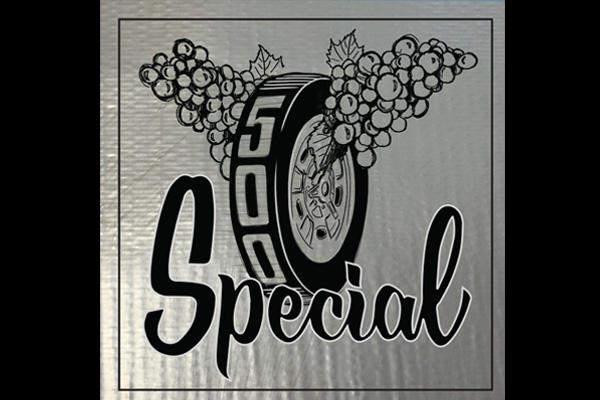 Since Troy is responsible for designing some of the most unique and highly sought after custom painted helmets worn by top athletes in the world of motorsports, the collaboration between he and Jimmy was as organic as they come.

The 2010 “500 Special” Cabernet Sauvignon logo was inspired by that of the Indianapolis Motor Speedway, home of the iconic Indy 500. This prestigious race was won in 2013 by driver Tony Kanaan while he raced with the KV Racing Technology Team. The label commemorates this momentous victory for the team’s co-owners Jimmy Vassar Jr. and Kevin Kalkhoven.

Available now in an extremely limited quantity, the “500 Special” is part of the V12 Vineyards 2014 Spring Release, along with the 2012 Chardonnay and 2010 Reserve Cabernet Sauvignon.