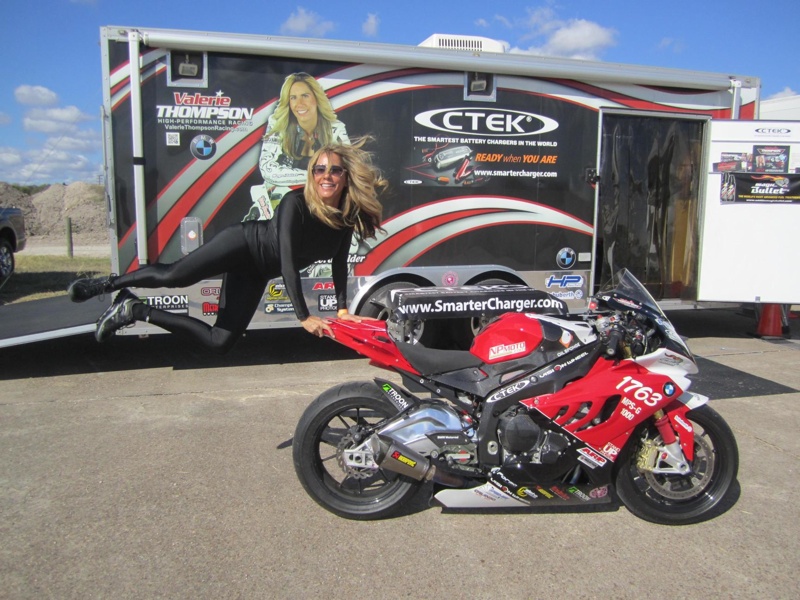 The Texas Mile is a bi-annual motorsports festival created in 2003 for high-performance vehicle enthusiasts, welcoming a wide variety of racing vehicles, including race cars, modified street cars, land speed racers and motorcycles. Event organizers claim it is the fastest and most challenging 1-mile track in the world. The October event set a new record in number of competitor entries and spectators.

Thompson made seven runs during the three-day extravaganza of speed, each over 200 mph, making her one of two females with a best top speed on a motorcycle. This is Thompson’s last motorcycle competition of the year, but will race a land speed racecar with The Maxx2Racing Team at the Mojave Air and Space Port Runway ‘Invitation Only’ event on November 1.

“We’ve enjoyed a successful year thanks to my sponsors and team members. We had to do a complete bike inspection at Go AZ Motorcycles after setting a new record at Bonneville, so we had a real thrash just to make this event. I thank Kerry Alter for his awesome tune ups and my crew chief, Ray Garcia, for making all the right calls at the track,” said a smiling Thompson. “Our goal was to go 215, so I’m delighted by our results. We added Magic Bullet to our fuel which I know really helped our performance,” added Thompson.

This was Thompson’s third time racing at the Texas Mile and according to her, “It just gets better and better.”