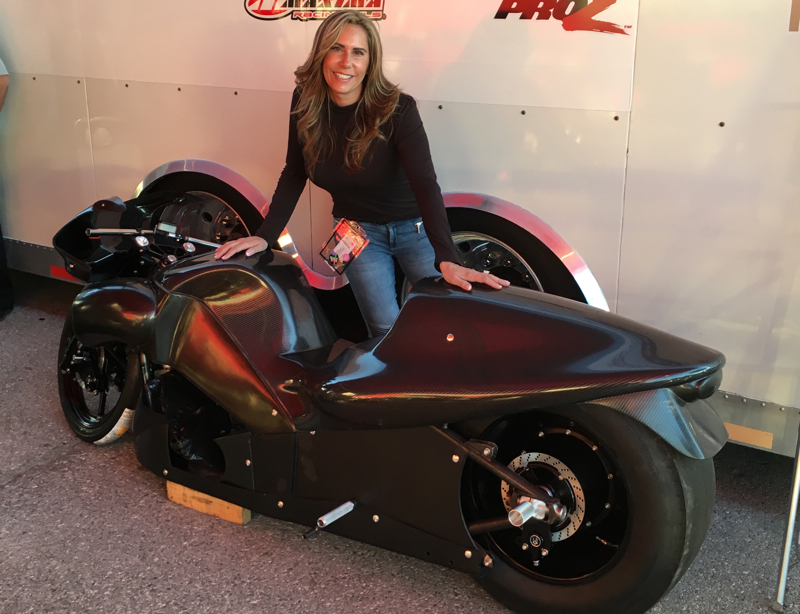 “Chris Rivas has been successful in drag racing while setting new land speed records. As a crew chief, he will be one of my biggest assets. He understands the difference between quarter-mile and land speed racing, so he can help our team with everything from bike set-up to my riding technique as I transition back to drag racing,” added Thompson.

Thompson’s motorcycle-racing career began in the All Harley Drag Racing Association (AHDRA) where she finished third in the V-Rod Destroyer class in 2007 and was featured in a Super Bowl commercial with Danica Patrick.  She also entered several NHRA events in 2008 with a best elapsed time 7.05 seconds.

“I have a real passion for land speed racing, but I can’t express how excited I am to return to my ‘racing roots’ with a bike built by George Bryce’s Star Racing team. George and his wife Jackie, operate one of the most successful NHRA Pro Stock motorcycle teams in the history of the sport, so I’m confident we will do well next year,” said Thompson.

Thompson formed her own land speed racing team in 2012 and recorded a personal best top speed of 217 mph at the 2014 Texas Mile. This year, Thompson became the first female member of the Colorado Mile 200 MPH Club on her Quicksilver Powersports Lubricants/CTEK BMW Motorrad and is now a member of six-land speed racing 200 MPH Clubs, including the prestigious Bonneville 200 MPH Club. As a result, she is often referred to as “America’s Queen of Speed.”

The 2016 NHRA schedule includes 16 Pro Stock Motorcycle events with the first scheduled for March 17 – 20 at the Gatornationals in Gainesville Florida.