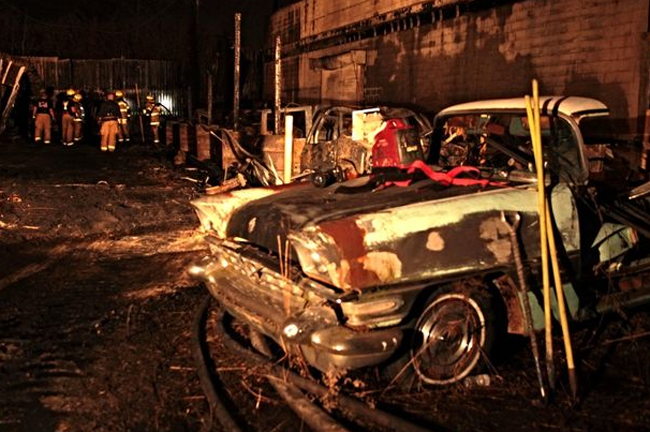 The Citizens Motorcar Company: America’s Packard Museum in Dayton, Ohio, sustained a devastating fire in its off-site storage warehouse in Harrison Township. Many irreplaceable Packard automobiles and artifacts were lost to the fire, which is suspected to be the result of vandalism.

“The staff and volunteers at America’s Packard Museum are heartbroken by the vandalism and fire that occurred last night at our warehouse on Ome Avenue,” stated a museum press release. “As the investigation into the cause and scope of damage are still underway, we are attempting to come to grips with the enormity of the loss of irreplaceable vehicles and artifacts.”

Local media reported that strong winds and low water pressure made the blaze difficult to extinguish, according to a post on coupecustoms.com. Although much was lost, the museum credited the local fire department for its efforts.