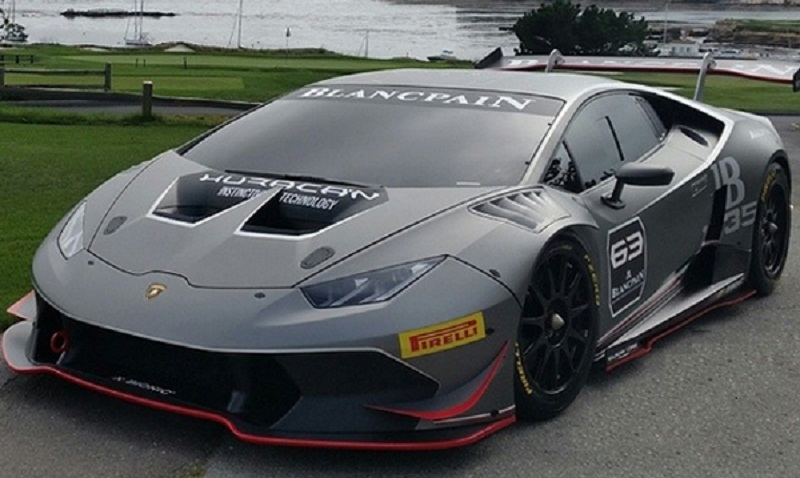 The Huracán LP 610-4 Super Trofeo, as the name suggests, packs the same 601-horsepower, 5.2-liter V-10 found in the road-going Huracán, and its all-wheel-drive system, too. Other ingredients on the menu include vented front fenders, a huge fixed rear wing and black wheels wrapped around in Pirelli P Zero racing slicks. Previous teasers foretold a stripped out interior cabin boasting a roll cage with a race-spec steering wheel and a digital display.

Recently, Lamborghini’s motorsport division Squadra Corse announced it had hired some drivers to help with testing of the car. Most of the testing, including the initial roadtest, took place at the Vallelunga race track in Italy.

Even with the Huracán slated to take over from the Gallardo in next year’s Super Trofeo series, teams that have already bought a Gallardo-based racer will still be able to compete in the new season. Lamborghini has confirmed that both the Gallardo and the Huracán will share the grid but will race in different classes.

The Huracán is also due to be developed into a GT3-spec race car that will serve as a replacement for the present Gallardo GT3. The Gallardo GT3 competes in the Blancpain Endurance Series, with one of the cars fielded by Lamborghini motorsport partner Reiter Engineering.

This is all the information we have until tomorrow, but if you truly can’t wait, check out the video that leaked today.