Ryan Villopoto capped off his outstanding season with a victory at the final Supercross round in Las Vegas Saturday after securing the 2014 championship in MetLife Stadium the week before. The championship tied Villopoto with Jeremy McGrath as the only Supercross riders in history to win four consecutive titles, which felt like deja vu for VP Racing Fuels, as every championship ever won by both Villopoto and McGrath was powered by VP. 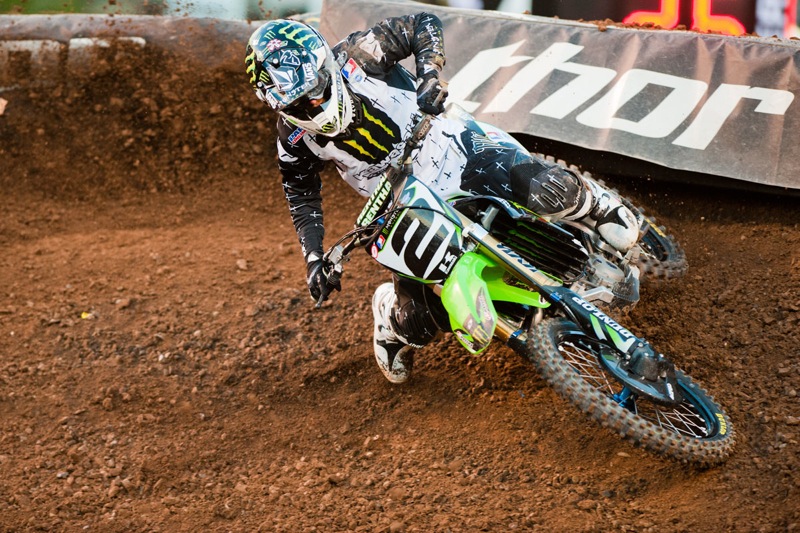 After having the weight off his shoulders and the title secured, Villopoto looked solid all day in qualifying at Las Vegas. After a last lap pass to win his heat, Villopoto lead all 20 laps to secure the victory in the main event. Riders will now start working and preparing for the 2014 Outdoor Motocross season, which will kick off at Glen Helen May 24.
Villopoto’s success provides ample testimony to the superior power, performance and consistency of VP’s fuels. As Villopoto puts it, “Winning championships starts at the drop of the gate, and VP Racing Fuels assures I start and finish in front of the competition.”
Show Full Article