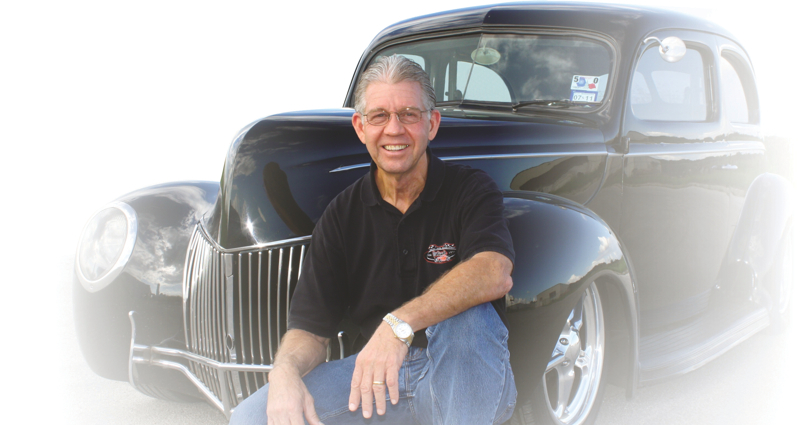 Vintage Air is widely regarded as the most trusted name in air conditioning equipment for street rods and classic cars in the world. This is unsurprising as it essentially invented the market segment and has continually strived to innovate within it. Since its founding in 1976, San Antonio, Texas-based Vintage Air has helped to keep even the hottest of hot rods cool and comfortable and is proud to celebrate its 40th anniversary as a company in 2016.

Vintage Air was founded by Jack Chisenhall in Texas in 1976 with the idea that owning and driving a high performance, modified car shouldn’t mean suffering in the heat. He set about designing the very first aftermarket air conditioning system that took into account the unique challenges and space constraints provided by hot rods and street rods. Jack was careful to design a complete system that would work well no matter the climate and would integrate with the aesthetics of the vehicle in which it was installed.

“The real reason for Vintage Air’s success as a company has to be our amazing people,” said Jack Chisenhall, founder of Vintage Air. “We’ve been blessed to work with some of the smartest and most talented folks in the industry and they keep us on the cutting edge of what is possible with vehicle air conditioning. I feel fortunate to be able to work with these tremendous individuals and the company wouldn’t be the same without them.”

Vintage Air has earned many devoted fans throughout the industry including notable builders with names like Ringbrothers, So Cal Speed Shop, Troy Trepanier, Steve Strope and Roy Brizio. They have also built a devoted customer base of weekend warriors and enthusiasts who count on Vintage Air to keep them cool in all kinds of situations ranging from days at the drag strip to a casual Sunday drive. Vintage Air has also played a key role in the development of air conditioning systems for some of today’s most jaw-dropping supercars including the reintroduction of the Ford GT in 2003.

Despite its position as an industry leader, Vintage Air isn’t a company that is content to rest on its laurels. It has continued to push the limits of air conditioning technology in the quest to make smaller, lighter and more efficient systems possible and offer the best technical and customer support in the business.

Vintage Air systems are Made in the USA, come with all parts necessary for a complete installation, and are backed by a three year warranty against defects. For more information: www.vintageair.com or call (800) 862-6658