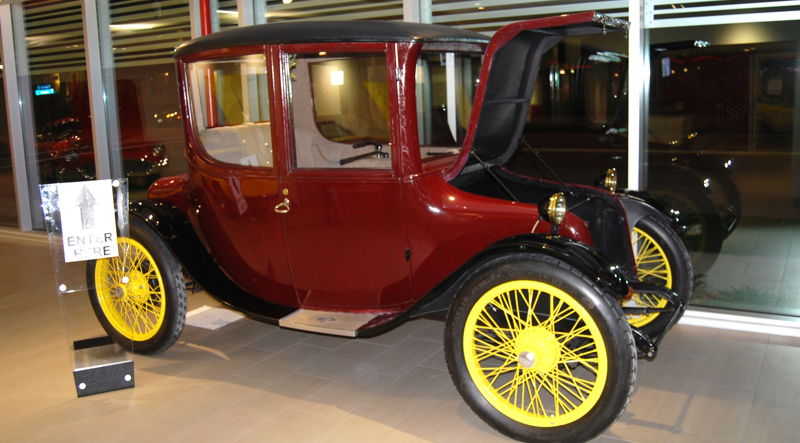 Electric cars aren’t a new thing. That’s part of the message that William “Red” Lewis of DePere, Wis., wanted to spread when he purchased a 1917 Milburn Electric for The Automobile Gallery (www.theautomobilegallery.org) in Green Bay, WI. Lewis put a collection of cars together and donated them to a foundation that established the Automobile Gallery early this year. Part of the Gallery’s mission is to display cars as works of art and another part is to teach people about automotive history—which includes the history of electric cars.

George Milburn (1820-1883) was born in England and immigrated to America. He lived in several towns in Indiana. Milburn’s daughter married carriage maker Clement Studebaker. Milburn himself ran many businesses. He started the Milburn Wagon factory in Toledo, Ohio and it became the largest farm wagon manufacturer in the world. Some of these wagons survive today. 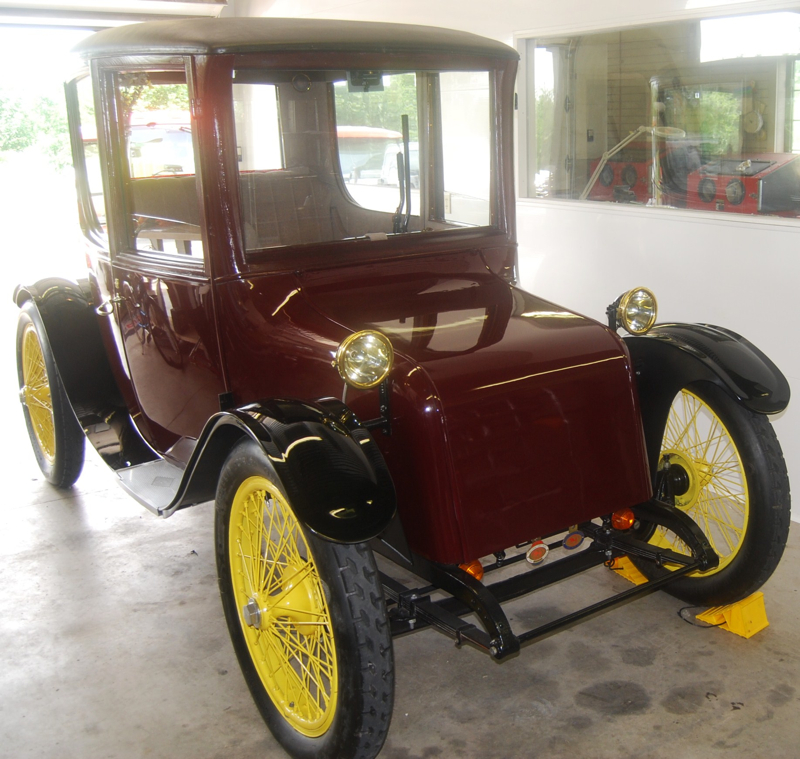 In late September 1914, the Milburn Wagon Co. began the manufacture of Milburn Light Electric automobiles. They were based on a design by Karl Probst, who later designed the Bantam Jeep. During eight years of production, from 1915 to 1923, Milburn turned out more than 4,000 cars. The Milburn was the lowest-priced electric of the time and much lighter in weight than its competition.

In 1916, Milburn introduced an electric Brougham and, in 1917, it added a Touring style (advertised as a Limousine or Town Car). This model featured an open front driving position and an enclosed rear passenger compartment.

Milburn Electrics were among the most popular and elegant cars of the era and were used by President Woodrow Wilson’s secret service. Wilson, owned a 1918 Milburn Electric, which he drove around the White House grounds. 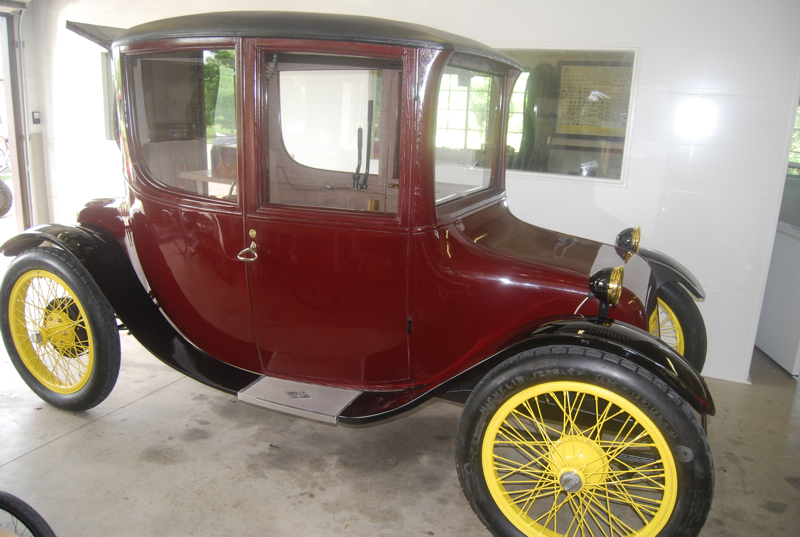 Lewis’ car is one of the few Milburns still existing today. It has only had four owners in close to 100 years and at least two of its changes of ownership were recent. Durham, N.C. tobacco magnate Richard H. Wright had originally owned the Milburn. Apparently, Wright would purchase new cars each year, drive them for a couple years and park them. This car sat indoors for over 80 years.

Richard Spain became the owner of the car from 2005 until 2007. There was some deterioration in the interior and the wheel spokes had to be replaced. New Michelin tires from Coker Tire Co. were put on the car. The body was left totally original, except that a metal fabrication shop had to make a new trunk lid and new hood. The car still has its original top and floor mat.

When Richard Spain got the got the car, nothing would turn. All the fluids had turned to varnish. He had to use heat and paint remover to get fluids to flow. The car was painted maroon, with yellow wheels and black fenders. Spain upholstered the interior with a cloth headliner and had the seats redone. 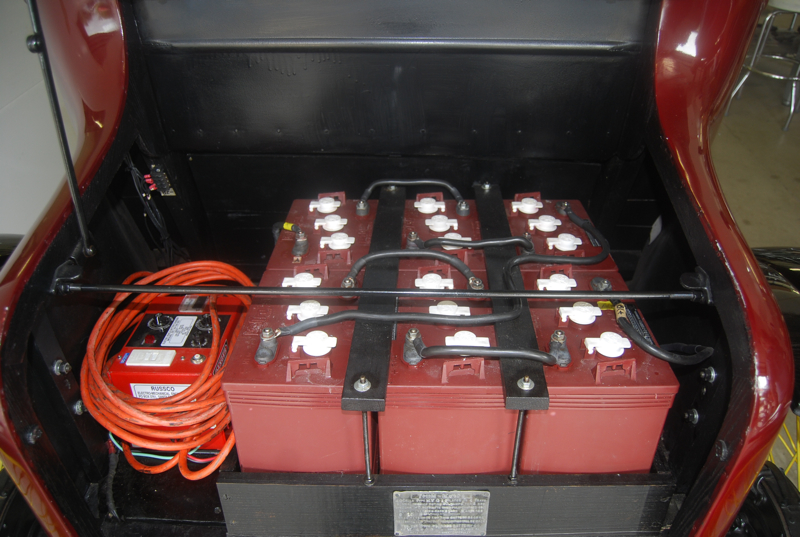 Based on a few auction results, it seems electric car values are climbing. Extremely high prices have been paid for an 1899 Columbia Electric and a 1923 Milburn. The latter car was sold for $160,00 in what is called the “Texas Barn Find Sale.” Milburn expert Myles Twete says the highest price paid for a Milburn prior to the Texas Barn Find auction was $65,000 for a very well refurbished car. 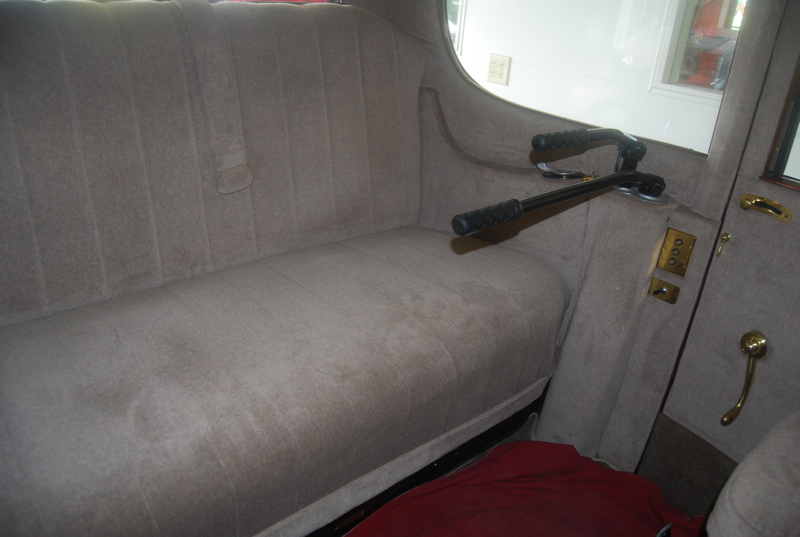 Ed Fallon a consultant for the French auction house Artcurial advised that prices for cars of this type are on the rise and that $60,000-$65,0000 would be on the low side for an electric car in good condition today. Fallon’s advice is a shocker for the small fraternity of electric car enthusiasts across the country who held onto these rare cars for many years out of love, rather than money.