Duntov is a famous name in both racing and the Corvette world. Duntov Motor Company (www.duntovmotors.com) has revived the name and is carving out a reputation in both hobby niches. In addition to building the Authentic Corvette Grand Sport recreation and doing Corvette chassis restorations, DMC manufactures and markets chassis and suspension components for 1963-1982 Corvettes and provides race preparation and trackside services at the largest vintage and historic races in the country such as the Brian Redman International Challenge races at Road America where Speedville caught up with them.

Zora Arkus-Duntov’s was the inventor of the Ardun overhead valve conversion and the “godfather” of the high-performance Corvette. Alan Sevadjian, of Duntov Motor Company explained how he came to use the name for his company located in Farmers Branch, Texas. “I went to see Zora’s wife Elfie and asked her if I could use the name and she told me, ‘You better put something official in writing and I’ll sign it’ and so we did that and went ahead with our plans for Duntov Motor Company.” Sevadjian uses the distinctive signature “Duntov” signature as his company’s logo.

After producing two prototype LightWeights, in January 2009 GM awarded an exclusive licensing agreement to Duntov to continue production of a car recognized as the authentic 1963 Corvette® Grand Sport, and to begin production of a street version to be offered as a “roller” car for te customer to complete. The Duntov LightWeight differed in shape from the authentic Corvette Grand Sport primarily in the leading edge of the front of the body. In order to develop the authentic Grand Sport, Duntov Motor Company acquired the molds, blueprints and patterns that were developed during the restoration of Grand Sport No. 002, considered to be the most original factory-built Grand Sport. 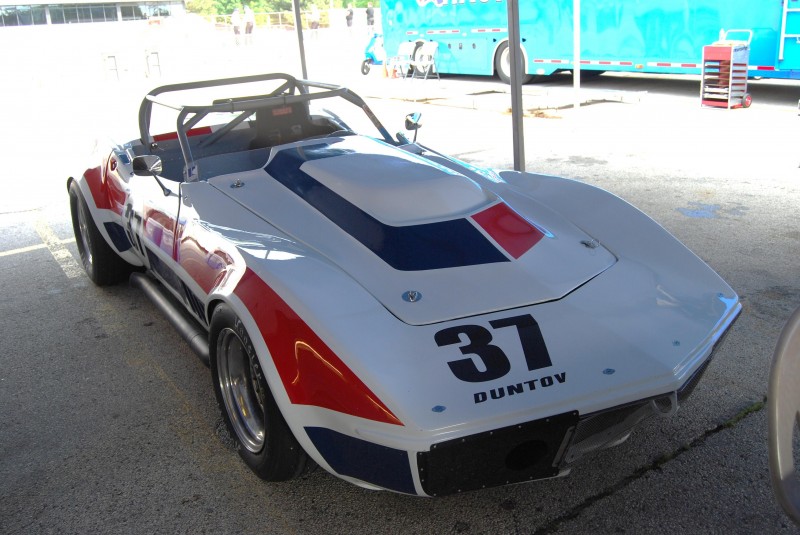 Sevadjian said his company had been restoring 1963-1982 Corvette street car chassis for two generations and has worked on some famous and valuable Corvettes. Duntov Motor Company’s specialty is chassis and driveline—not body and interior—work. It can build a chassis from scratch or restore an existing one. According to DMC, most Corvette frames require quite a bit of welding before powder coating. The company’s welding and fabrication shop can make the frame sound and its mechanics have all the parts on hand to do the job.