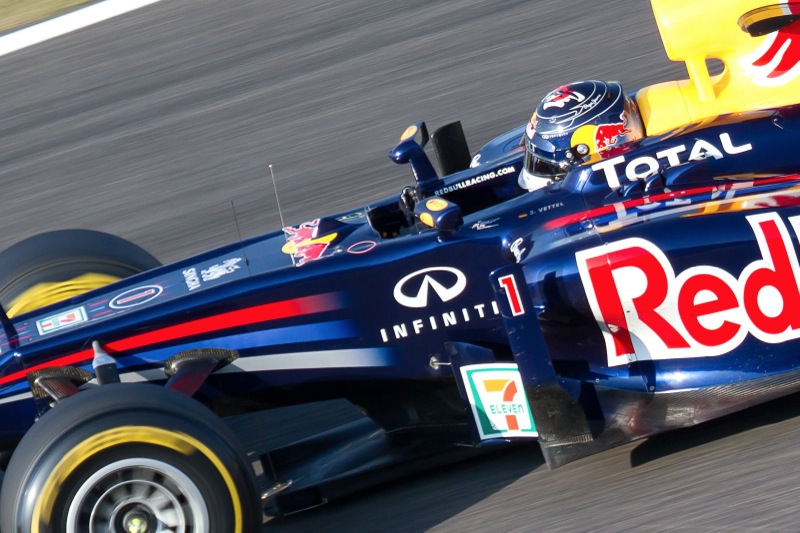 Ferrari has officially welcomed Sebastian Vettel to Maranello, as the team announced ahead of the final race of the season in Abu Dhabi that it has reached a 3-year agreement with the four-time world champion, who will drive for the team beginning in 2015. The driver line-up next season will be as what has been speculated for months – Kimi Raikkonen and Sebastian Vettel.

“Scuderia Ferrari has decided to put its faith in the youngest multiple champion in the history of Formula 1” – commented Scuderia Ferrari Team Principal, Marco Mattiacci. “In Formula 1 terms, Sebastian Vettel is a unique combination of youthfulness and experience and he brings with him that sense of team spirit which will prove invaluable when, together with Kimi, they tackle the challenges awaiting us, as we aim to be front runners again as soon as possible. With Sebastian, we all share a thirst for victory as well as enthusiasm, a strong work ethic and tenacity; key elements for all the Scuderia members to write together a new winning chapter in the history of Ferrari.”

Vettel is coming off of a very difficult final season with Red Bull Racing, which has helped propel him to all four of his championships. He has been outscored by his new teammate Daniel Ricciardo, who is currently third in the driver’s championship and 55 points in front of the German driver. Many pundits have claimed that the Red Bull chassis with star designer Adrian Newey is the real powerhouse of the team, but there’s no denying that the youngest multiple F1 champ has taken full advantage of the opportunities before him.

“The next stage of my Formula 1 career will be spent with Scuderia Ferrari and for me that means the dream of a lifetime has come true,” said Sebastian Vettel. “When I was a kid, Michael Schumacher in the red car was my greatest idol and now it’s an incredible honor to finally get the chance to drive a Ferrari. I already got a small taste of what the Ferrari spirit means, when I took my first win at Monza in 2008, with an engine from the Prancing Horse built in Maranello. The Scuderia has a great tradition in this sport and I am extremely motivated to help the team get back to the top. I will put my heart and soul into making it happen.”

Shortly after Ferrari announced that Vettel was joining the team, Fernando Alonso made his statement about his decision to official leave the Scuderia for what is expected to be McLaren, although, the details of who will be his new teammate have yet to be announced.

“This is a new chapter in my career,” he began. “It is time to find new projects and new motivations, but it was not an easy decision to make. Even last year, I had some doubts about 2014 and I decided to check how the new turbo era would go for Ferrari. I was very close to Luca di Montezemolo and we agreed that if we were not competitive I could think of other options. Then, in the summer break, I told the President I wanted to go. I have to thank Ferrari so much, because they could have said ‘no,’ as there were two years left on my contract. It’s a true sign of the respect and love I have for this team. I stop now as a Ferrari driver, but from Monday I become a Ferrari supporter! Time will tell if my decision is good or bad.

Scuderia Ferrari thanked Fernando on their website for his great contribution on both a personal and professional level.

“In the Scuderia Ferrari roll of honour of great drivers, Fernando Alonso will always occupy a special place” – commented Scuderia Ferrari Team Principal, Marco Mattiacci. “We offer him our heartfelt thanks for what has been an extraordinary adventure with the Scuderia, when in the past five years, he twice came so close to winning the world championship. I am sure that a great driver like Fernando will always hold the Prancing Horse dear to his heart and I also expect the Ferrari fans will continue to hold him in high regard in his future endeavours.”