The Sprint and Midget car father and son race team of Sammy and Kevin Swindell hope to reclaim the championship when they compete in the 29th annual Lucas Oil Chili Bowl presented by General Tire. WELD is the official wheel supplier for Swindell Motorsports for 2015 and is the sponsor of the “WELD Racing Cool Move of the Race” promotion at this year’s Chili Bowl. 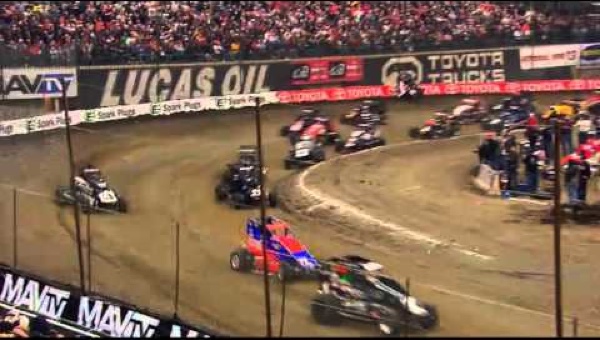 During the first four nights of Chili Bowl qualifying races, a winner of the “WELD Racing Cool Move of the Race: will be picked by the Chili Bowl management staff. The winner each night will be awarded a $250 cash prize. At the conclusion of the Chili Bowl competition on Saturday, January 17, more than 13 feature races will be held and an outstanding cool move from that day will be selected. The Saturday winner will receive a $500 cash prize.

Fans who are not in Tulsa will still be able to participate in the “WELD Racing Cool Move of the Race” competition. Each morning, after a cool move has been awarded, WELD will post a video clip on its Facebook page at www.facebook.com/WELDRacing, the company’s Twitter feed at twitter.com/WELDRacing, and at www.WELDwheels.com. Fans will be asked to vote on their favorite move of the entire event.

Voting will close five days after the final day of racing on January 22. WELD will randomly select one fan who will win the “WELD Racing Cool Move of the Race” banner that was hung trackside during the Chili Bowl. The banner will contain the signatures of the five winning drivers from that week.